A few weeks ago, blogger Jonathan Corbett posted a YouTube video, titled “How To Get Anything Through TSA Nude Body Scanners,” that showed him sneaking a palm-sized metal case through a traditional body scanner at Fort Lauderdale-Hollywood International Airport and one of TSA’s new millimeter wave scanners at Cleveland-Hopkins International Airport (one of the new ones that the TSA introduced in 2010, and spent approx. $1 billion on).

He was successful in both attempts because he recognized that the image captured by the scanners shows a person’s body in light colors in relief against a black background.  To avoid detection, all one needs to do is place the object at one’s side and it will be obscured by the black background (for clarification, watch video below). 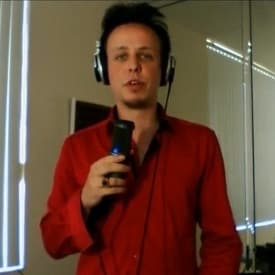 “Yes that’s right, if you have a metallic object on your side, it will be the same color as the background and therefore completely invisible to both visual and automated inspection,” Corbett explained in his video. “It can’t possibly be that easy to beat the TSA’s billion dollar fleet of nude body scanners, right? The TSA can’t be that stupid, can they? Unfortunately, they can, and they are.”

The TSA promptly fired back at Corbett’s video, calling it “a crude attempt to allegedly show how to circumvent TSA screening procedures.”

“For obvious security reasons, we can’t discuss our technology’s detection capability in detail, however TSA conducts extensive testing of all screening technologies in the laboratory and at airports prior to rolling them out to the entire field,” Bob Burns, a TSA blogger, wrote in his full-throated rebuttal to Corbett’s video (read the TSA blog here).

“Imaging technology has been extremely effective in the field and has found things artfully concealed on passengers as large as a gun or nonmetallic weapons, on down to a tiny pill or tiny baggies of drugs. It’s one of the best tools available to detect metallic and non-metallic items, such as … you know … things that go boom,” he added. 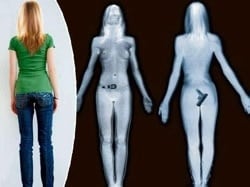 But it would appear that the TSA can and will ignore this gap and proceed with status-quo security measures.

Burns noted that the X-ray machines are “one layer of our 20 layers of security (Behavior Detection, Explosives Detection Canines, Federal Air Marshals, , etc.) and is not a machine that has all the tools we need in one handy device.”

“We’ve never claimed it’s the end all be all,” Burns wrote. “However, our nation’s aviation system is much safer now with the deployment of 600 imaging technology units at 140 airports.”

“It is completely safe and the vast majority use a generic image that completely addresses privacy concerns,” he continued. “Also, keep in mind that is optional. Anybody can opt out of the body scanner for a pat-down.”

Do you feel safe when flying?  Are TSA security measures working?  Are they too invasive?