We recently announced that Colt is preparing to introduce a new but very familiar rifle, the LESOCOM.

The LESOCOM is a civilian-legal M4 rifle intended for the law enforcement and shooting enthusiasts.  It makes only two changes to be legal for consumer markets, to the barrel and fire-control group.

There has been a lot of conjecture about what does and does not get included in Colt’s M4 for the public.  We can say this for now.

The LESOCOM and M4’s differences aren’t much.  The LESOCOM has a 16.1-inch barrel that doesn’t restrict it as Title II short-barreled rifle (SBR).  The M4A1 has a 14.5-inch barrel which would require a tax stamp and some extra paperwork to own legally.  The barrel is just lengthened, and it retains the M4 heavy-profile barrel and carbine-length gas system.  And the LESOCOM is semi-automatic only.  No fun button.  It does use Colt’s slightly-elongated selector, though.

The LESOCOM features a Knight’s Armament Corporation (KAC) two-piece quad-rail handguard, or Rail Adapter System (RAS), which is used in various circles of the US military, particularly the Army.  An M4A1 equipped with the KAC M4 RAS is known by the Army Field Manual as the M4 Modular Weapon System (MWS). 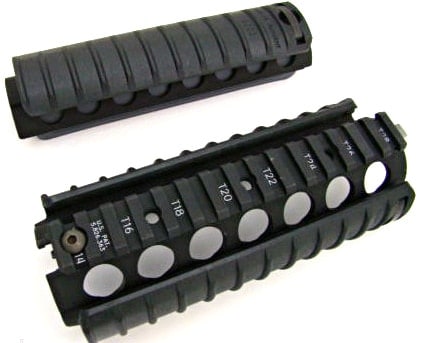 The flattop upper is equipped with a Matech flip-up rear sight that is rated to 600 yards.  The handguard and buttstock are M4A2 standard.

We have found one number for the MSRP, $1,602, which is very close and in fact less than the LE6920 suggested price of $1,607.  We have not received confirmation that the MSRP we have is correct, but they are close in terms of features, and even though other manufacturers of M4-style rifles may offer similar products for less, we fully expect the rollmark to sell this rifle. 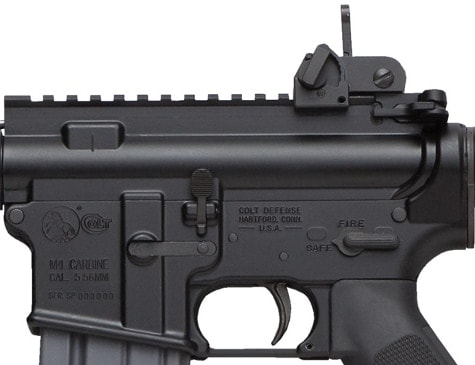 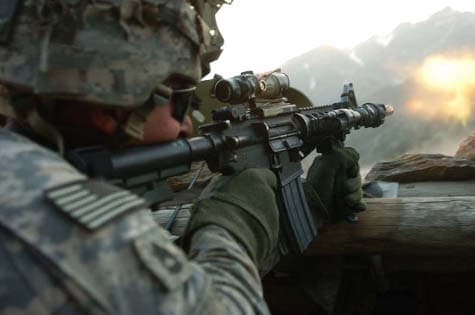 The other features are:

If our findings pan out, and this has a reasonable, slightly-premium price of $1,600 or less, as the price is just suggested, would you pick up a LESOCOM for your next AR?  Or is it too late and you have already picked up an “M4-gery”?