The Kill Shot: The Camera Rifle

A concept by three brothers, Randall, Daniel and Michael Gregg, the Kill Shot is a mock rifle with a digital camera scope.  The idea is for sportsmen to harvest game digitally, even when not in-season, to practice and maintain riflery skills without culling any animals.

The Kill Shot first came about when the Gregg brothers were returning from a hunting excursion on the day after then end of the hunting season.  They didn’t manage to harvest any deer during their trip and on their way back they spotted a deer bedded in the snow.  Randall, a park ranger, and Micheal stalked up to the deer and took a photo of it with a cell phone through the scope instead. 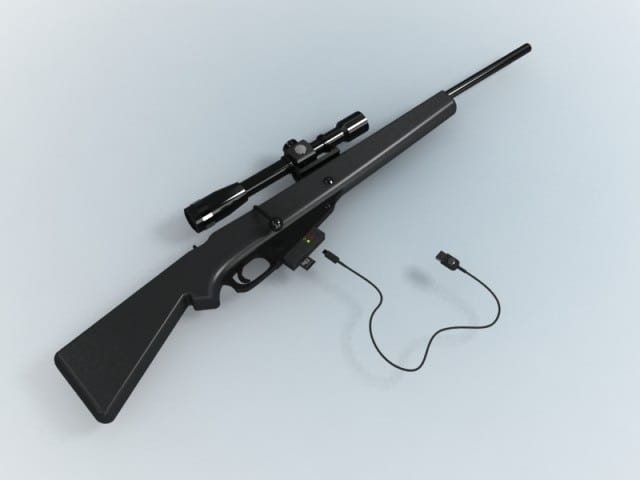 The invention is still a concept, and the Gregg brothers have set up a web page detailing their idea and business model as well as a Kickstarter project fundraiser to get a prototype up and running.

Designed to mimic a rifle, the Kill Shot takes a photo when you pull the trigger.  In addition to taking a trophy picture, plans call for the Kill Shot to also indicate where a bullet would have landed to help hunters determine if the shot was true.  This not only allows seasoned hunters to practice during the off-season, it can help novice hunters learn to stalk and shoot without causing suffering if their shots are bad.  And frankly, not everyone who wants to hunt wants to harvest.  From their website:

There are other benefits as well.  The Gregg brothers see the Kill Shot not just as a training tool for hunters, but law enforcement as well.  Because the camera models bullet flights, it can be used by police snipers and counter-snipers to train in force-on-force scenarios that put no one at risk.  And since it doesn’t use ammunition, it’s a very inexpensive tool to use. 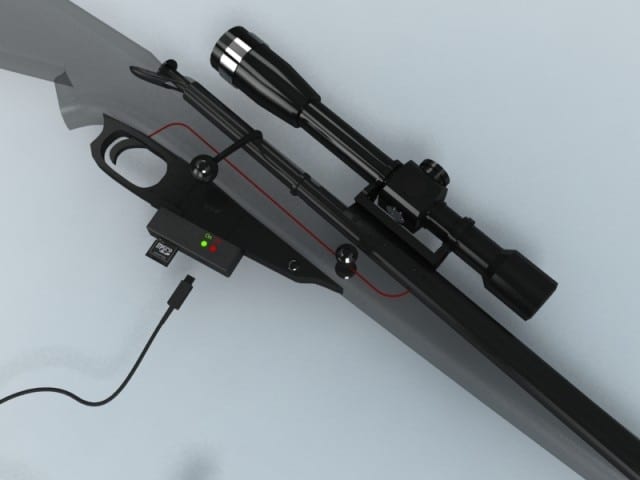 The Kickstarter project to raise $15,500 will not only let the Gregg Brothers develop a prototype to help secure a larger manufacturer to back them.  If you donate $100 or more you will receive a prototype 8-megapixel Kill Shot.  If this rifle camera is successful, they plan on also making other weapon cameras, like specific guns and muzzleloaders and crossbows that also project a flight path.

They have received some criticism that this will get people hurt; we think that, if used correctly, the Kill Shot is relatively benign and poses little threat to the user.  That being said using it correctly implies not using it to take candid photos of people at the park. 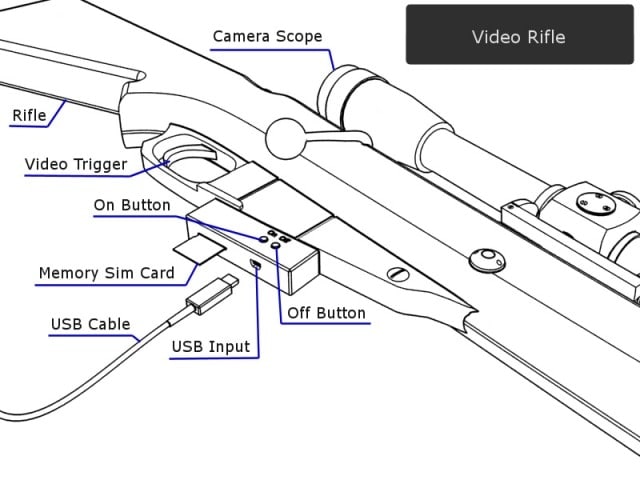 Would you spend $100 for a rifle camera?