What is the Very Best Bullet for Your All-purpose Gun?

Much has been made by us shooters over the years about having one, all purpose gun that can handle about any task you can ask of it and often such discussions about what gun this is segue into debates about what is the most universally useful caliber on the market.  But what can be said about only having one type of bullet in that caliber? A projectile—be it hollowpoint, jacketed or target ammo—that will work in every situation and that will eliminate the need to buy, carry or think about different rounds?

To help you see what I mean, let’s take a popular cartridge, the .357 Magnum, and consider what we want the round pushing and why.

When most people think of the .357 they instantly think of something like a 125 grain JHP, 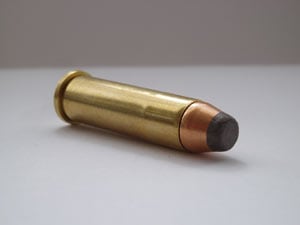 because of the round’s reputation as a man-stopper.  Hollowpoints like these though are fine for personal defense but lousy for big game and small game. A fast moving hollowpoint will destroy any small game and leave you with, at best, stew meat.  Against a whitetail, the projectile comes up short and personally I would be hesitant to even attempt taking deer with this bullet (though definitely not this caliber).

If I were left to one bullet only for the .357 and the .38 Special as well it would be cast from the old Lyman #358156 mould. This bullet is notorious its versatility, and when casting it yourself you can determine how hard you want your bullet, meaning you can tailor the bullet to suit all your needs.

Water dropped bullets from wheel weights work well on deer and big game and leave a simple hole in small game and for personal defense, you can just air cool them for a bit more expansion. I would not use the hollowpoint version though since it would liable to be too tough on smaller game.

With rifles you see a lot of the same problems associated with determining a bullet for the .357 Magnum, namely striking a balance between penetration and expansion and its subsequent effect on the target.

Ergo, if I was asked to chose a round for something like a .30-30 Winchester, I would keep with a 170 grain JSP, not because I think this round is needed to take deer (or man) sized game (I know it is), but rather because I have seen this bullet work well on small game without causing too much damage to the precious meat (though most hunters I know that take aim at varmints with a something in the 30 caliber family know to try for head shots to minimize damage to the body).

I think that rifles are a bit more forgiving on this subject as any that you could want for big game like the .308 and .30-06 will work equally well for small game and self defense applications when shooting a moderately dense projectile. For instance the .223 has now become a universal all for one in some places (though I would still hesitate to use them on larger game) because of the deep penetrating projectiles it can fire that significantly upgrade the round’s ballistic capabilities.

Handgun rounds are a bit tougher because, with few exceptions, most were never really designed to used on large game.  Handguns, for the most part, are back up weapons and though pistols chambered in .38 Special, the 9mm, the .40 S&W will do well for small game and personal defense, against a whitetail is asking a bit much. 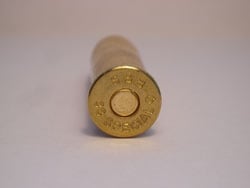 Again I would stay away from the hollowpoints and instead go with a good cast bullet. Most handgun bullets are designed for one purpose only as are most commercial handgun rounds (i.e. stopping power, frangibility etc.), but good cast bullet designs were designed to fit a whole host of weapons and thus suited to a whole host of shooting purposes.  The good ones have been around for decades, well there’s a reason why: they are very versatile.

The only thing I would consider though is using a semi-wadcutter with a slightly larger meplat.  As mentioned before, creating a handgun round that is appropriate for hunting as well as defense is likely the biggest issue to contend with when considering universal handgun bullets, and handgun hunters are known to use full-wadcutters or projectiles nearly as wide as the brass casing.  Once again, a balance is all you need here and a semi-wadcutter can provide this.

If it sounds like I’m repeating myself, you’re right, but for good reason—as we saw with the last two examples, figuring out the perfect bullet is both an objective and subjective process but contingent on finding a projectile that offers a good balance of penetration versus expansion.

So before you go out and plan for that one gun to save your bacon for when the stock market crashes, zombies go on a binge, or some Mayan scholar got tired of writing out dates on a calendar and it means the end of the world, remember you really need to look into the ammunition you have on hand too.  Make sure that when the apocalypse comes, you are not left trying to pick up the pieces of a squirrel after obliterating it with a jacketed hollowpoint .45 ACP because you have the wrong bullets on hand.