The authors and sponsors of Florida’s self-defense law, known as ‘Stand Your Ground,’ have said that the man who shot and killed 17-year-old Trayvon Martin should be prosecuted for shooting the unarmed teen.

Moreover, they argued that the shooter – George Zimmerman – lost his right to defend himself when he pursued Trayvon.

In the past, I’ve pointed out how the Florida ‘Stand Your Ground’ law was expanded in 2005, but here’s how the statute currently reads: 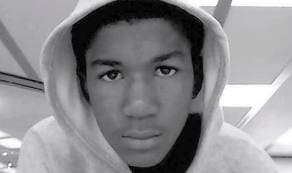 Moreover, if a person uses deadly force and invokes the law, a police agency “may not arrest the person for using force unless it determines that there is probable cause that the force that was used was unlawful.”

In other words, the burden is on the prosecutor or investigator to substantiate that it was unreasonable for the shooter to believe that the victim was about to kill him or cause him great bodily harm.

Five Reasons He Should be Arrested

Given those legal parameters and looking at the facts of the case, former federal prosecutor and a former attorney general Jennifer M. Granholm believes Zimmerman’s claim of self-defense under ‘Stand Your Ground’ does not hold water.

According to police reports, Zimmerman claimed he was jumped from behind by Trayvon and had to defend himself.

She gives five reasons for it in her article, “5 Reasons Zimmerman’s “Stand Your Ground” Defense Won’t Work in Trayvon Martin Case”:

1.    The call from Zimmerman to law enforcement, and the officers telling Martin not to pursue. Zimmerman whispers what many have described as a racial slur under his breath.

3.    Trayvon’s father identified his voice on that 911 call on Al Sharpton’s Politics Nation program on MSNBC.

4.    The account of the girlfriend, who says Trayvon told her by cellphone that he was being followed.

5.    Trayvon was not armed and weighed between 75-100 pounds less than Zimmerman.

According to Granholm, these five pieces evidence cast serious doubt that Zimmerman was in reasonable danger of great bodily harm or death when he shot Trayvon.

She goes on to conclude that, “the evidence that we know of — the public evidence — establishes that Zimmerman was the pursuer, and not the victim.”

“So, without having heard directly from Zimmerman himself or knowing any other evidence, it seems to me it is ‘probable’ that Zimmerman’s “Stand Your Ground” defense will not fly,” she continued.  “Based just upon what we can see from the public record, Zimmerman should be arrested.”

What Florida Lawmakers are Saying

“They got the goods on him. They need to prosecute whoever shot the kid,” Peaden, a Crestview Republican told the Miami Herald. “He has no protection under my law.”

However, critics of ‘Stand Your Ground’ are calling for the law to be repealed, amended or subjected to legislative hearings.

However both Peaden and Baxley said that the problem is not with the law, but with the shooter.  Moreover, that in this particular case, the law was misapplied.

“He’s kind of stretching a whole bunch of things. And if he has a gun, that’s premeditated,” Peaden said. There’s nothing in the Florida law that allows him to follow someone with a damn gun.”

Baxley added that if lawmakers are going to change something, they should look into overly eager crime-watch captains who feel like “they have the authority to pursue and confront people. That is aggravating an incident right there.”

“If you want to pass something, pass something that limits their ability to pursue and confront people,” Baxley told the Miami Hearld. “It’s about crime watch,” he said. “What are the limitations of crime watch? Are you allowed to jump out and follow people and confront them? What do you think is going to happen? That’s where it starts.”

Florida Gov. Rick Scott has also commented on the law.  He told reporters that he’s not convinced it’s unfair, but he thinks it warrants more attention.

“I’m going to look at it because if what’s happening is it’s being abused, that’s not right,” he told a group of protestors who were chanting “Justice for Trayvon!” outside his lobby.

As politicians and pundits continue to debate the merits of ‘Stand Your Ground,’ the president has weighed in on the tragedy.

“I can only imagine what these parents are going through,” the president said, adding that he couldn’t help but to think about Malia and Sasha. “I think every parent in America should be able to understand why it is absolutely imperative that we investigate every aspect of this.

“My main message is to the parents of Trayvon Martin,” he added. “If I had a son, he’d look like Trayvon. I think they are right to expect that all of us as Americans are going to take this with the seriousness it deserves and we’re going to get to the bottom of exactly what happened.”

At this point, all hands are on deck.  Not only has Gov. Scott called in a task force from the Florida Department of Law Enforcement to investigate the case, but the Department of Justice and the FBI have joined in as well.

‘Stand Your Ground’ on Trial

Putting aside the issue of whether one believes Zimmerman acted in self-defense or acted unlawfully when he killed Trayvon, I think we can all agree on two things (a) this is a horrible tragedy and (b) moving forward Florida’s ‘Stand Your Ground’ law will face mounting public scrutiny.  It will be, and to some extent it already has been, placed under a microscope.

The question I have is, given the reactionary political climate we live in, do you believe Florida will uphold ‘Stand Your Ground’ the way it is written right now?  Or will lawmakers modify it to include some clause specifying that ‘one may not pursue another, use deadly force and claim self-defense?’

Looking at the larger picture, one can argue that one’s right to defend himself/herself outside the home will also be put on trial.  One can bet that pro-gun control advocates will use this particular case as a reason to deny law-abiding citizens the fundamental right of self-defense outside the home.

The Supreme Court has yet to rule on this issue, but if and when it does the tragic killing of Trayvon Martin will inevitably be brought up, regardless of its relevance.  Sure, we (gun owners) could argue that with respect to the Trayvon case, we should indict the shooter and not the law, but I fear that this argument would fall on deaf ears.

Perhaps I’m being a prisoner of the moment, but even so, the media firestorm surrounding this case will make it one that becomes embedded into the public’s psyche.  I fear that when people (non gun owners)  think of gun owners and self-defense, they’ll think of George Zimmerman.  And this, whether we want to admit it or not, is a problem.  A major problem.