(Note: the bill wouldn’t address the restriction on handguns, which says that only Michigan residents may purchase handguns in Michigan)

This restriction on interstate gun sales dates back to the federal Gun Control Act, which banned interstate gun sales.  However, there was an exception for transactions involving long guns if the deal was between federally licensed dealers (FFLs) and residents of contiguous states.  But each state had the authority to opt in or opt out of the exception.  Michigan decided to observe the exception. 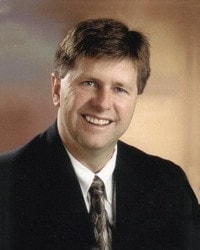 But now that federal law has been amended to allow for the sale of long guns between FFLs and residents of any state, provided “the sale, delivery, and receipt fully comply with the legal conditions of sale in both such States,” there’s no reason for any of this ‘contiguous state’ nonsense.

In other words, at the federal level, the interstate sale of long guns is perfectly legal.  Now it’s up to the state whether or not it wants to allow those transactions to occur, and because Michigan still has the antiquated ‘contiguous exception’ on its books, long gun sales between non-contiguous states are prohibited.  In short, S.B. 984 would fix this problem.

SB 984 is the nascent stages of the legislative process.  It now sits with the state Senate Committee on Outdoor Recreation and Tourism.  They will review it and hopefully approve it.  We’ll keep you posted.