Yesterday, a Washington state prosecutor charged the mother of a 3-year-old boy who shot himself in the head with a handgun he found under a car seat with manslaughter, arguing that the death of the boy was the result of “criminal negligence.”

The owner of the gun, the woman’s boyfriend, has also been charged with manslaughter.

A few weeks ago, Jahnisha McIntosh, 23, and her boyfriend, Eric Vita, 22, stopped at a gas station in Tacoma, WA.

To avoid alarming the gas attendant, Vita – who has a valid concealed carry permit – removed his concealed handgun from his waistband and put the gun under the front passenger seat of the vehicle.  He then went into pay for the gas.

When Vita left the vehicle, the young boy, Julio Segura-McIntosh, unbuckled himself from his seat and headed toward the front seat to get some candy from his mother.

With the boy near the front of the vehicle, McIntosh picked up the firearm from under the passenger’s seat, and placed it under the driver’s seat.  She then left the vehicle to get some food from the gas station.

Julio was left unrestrained and without adult supervision.  He found the gun and then shot himself in the head.  His 8-month-old sister was in the vehicle; she was not injured.

Yesterday, both Vita and McIntosh appeared in Pierce County Superior Court.  They both pleaded ‘not guilty’ on the second-degree manslaughter charges brought on them by prosecutor Mark Lindquist.

“Nothing is sadder than the death of a child, and when the death is the result of criminal negligence, there needs to be accountability,” the prosecutor told reporters.

“Guns are inherently dangerous, and the law, as well as common sense, requires that guns be handled responsibly, especially around children, he added.”

David Gehrke, Vita’s attorney, told KOMO that the shooting was a tragedy that has left everyone involved in shock.  He added that his client acted ‘reasonably’ when he removed his loaded firearm and left it in the car.

“I think he was being very careful. He did not just leave the gun there, without another adult present. And I think if the mother had stayed in there, this probably would not have happened,” Gehrke said. 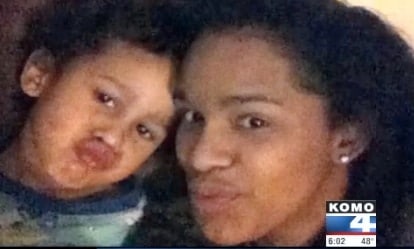 My understanding is that the child went from the back seat to the front seat, got the gun, the mom took it away and said, `No, leave that alone,’ and then put it under her seat. And then inexplicably she got out and went into the convenience store to buy something,” he said.

However, Gehrke said he’s not blaming the mother for the tragedy.

“She lost her child, and that should be punishment for any parent in a circumstance like this,” he said.

Friends and family of McIntosh told authorities that Vita routinely showed off his pistol with a laser sight, and on one occasion offered to let Julio hold it.  But onlooker intervened and prevented the toddler from holding the gun.

A Spike in Child Shootings?

Tragically, and as KOMO pointed out, Julio Segura-McIntosh’s death on March 14 was the third child shooting in Western Washington within three weeks.

On Feb. 22, an 8-year-old girl was critically wounded by a gun that went off in a classmate’s backpack in a Bremerton school.

And on March 10, the 7-year-old daughter of a Marysville police officer was killed when her brother found a gun in the family car.

The spike in child shootings has many seriously questioning Washington’s gun laws with respect to child safety.

According to the Legal Community Against Violence, the state is “one of 23 that doesn’t have a specific law to prevent child access to firearms, such as mandatory trigger locks or criminal penalties for adults who allow children to access guns.”