The Fall of Reach: Life-Size Lego Replicas of the Halo Weapons (VIDEO)

Nick Jensen is a master craftsman of Lego.  He has produced a full-size replica of the System 99 Anti-Matériel sniper rifle from the video game Halo: Reach.  Entirely made of Lego bricks, the sniper rifle is over 60 inches long and weighs 10.5 pounds. 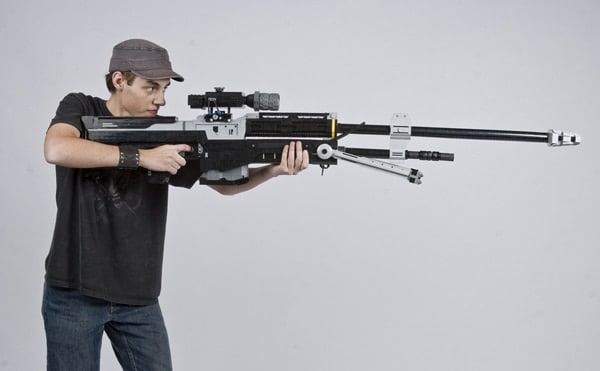 Jensen has made more than a dozen Halo weapons, including several variants from different games.  He’s made pistols, assault rifles, combat shotguns, even the knife, all 1:1 scale, all Lego.  They’re for looks for the most part, and are non-functioning. 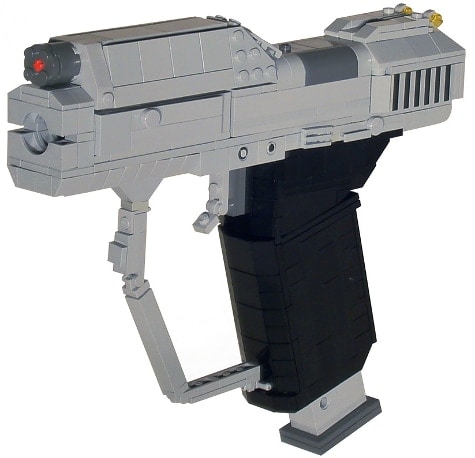 He has also modeled how to build his replicas and made video of them.

That is how to make his version of the M6D pistol featured in the video game Halo: Combat Evolved.  His current project is the shotgun from Halo: Reach, which appears to be functional, although it could be that it just loads and cycles Lego ammo and nothing else.  You can see photos of it and his other Halo Lego creations on his Flickr page here.

Halo is a science-fiction series of games originally for the Xbox and Xbox 360 where the player takes on the role of a handful of protagonists, most notably the Master Chief, in an attempt to, what else, save the universe.  It clearly helps to have the right guns when you’re saving the universe. 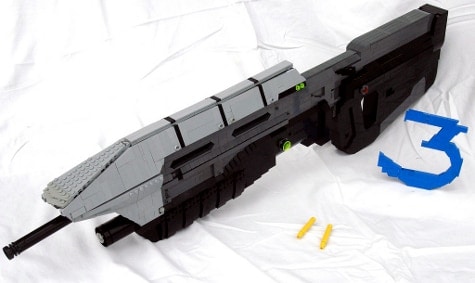 Not a fan of toy guns that don’t shoot?  Well is there ever a book for you.  “Badass Lego Guns” is a instruction book with plans to make your own actual projectile-launching Lego projects, some of which appear quite devastating.  For Lego.

All this goes to show, you can’t be too grown-up to stop playing with toys.