The Israeli Military Industries (IMI) Tavor TAR-21 will soon be available in the US.  In order to sell on the American market, they will be manufactured in the States.  The Israeli-designed bullpup in its standard configuration is not easily imported into the US for a handful of reasons, notably its overall length of 25.2 inches means that it is qualified as a short-barreled rifle (SBR) which means that it is a Title II weapon that requires a tax stamp and legal hurdles jumped in order to own.

There is a designated marksman rifle (DMR) version that has an extended 18-inch barrel that might possibly be importable, however, its non-sporting configuration requires American manufacture for it to be available to all US citizens. 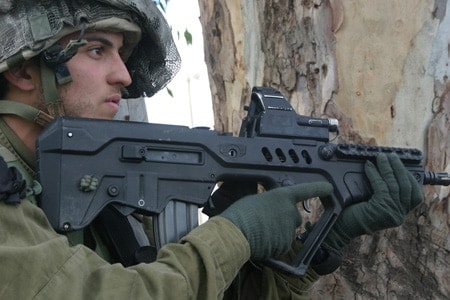 Quietly announced at this year’s 2012 SHOT Show, manufacturer of the Tavor Israeli Weapon Industries (IWI) will be working with American importer Charles Daly to set up a factory to build the rifles here with the requisite number of US-made parts to qualify the rifles, assembled with a number of Israeli parts as well, as American in manufacture according to 922R law.

The Tavor is a bullpup rifle, meaning the bolt assembly and chamber are behind the trigger, as close to the buttstock of the rifle as possible.  This is how the rifle manages to be so compact while not sacrificing barrel length.  The Tavor is ambidextrous, although you have to swap bolts to change it from right-handed to left.  It has a left-side charging handle and a Picatinny rail on the right side as well as along the top of the rail, for optics and lights and lasers or other rifle accessories. 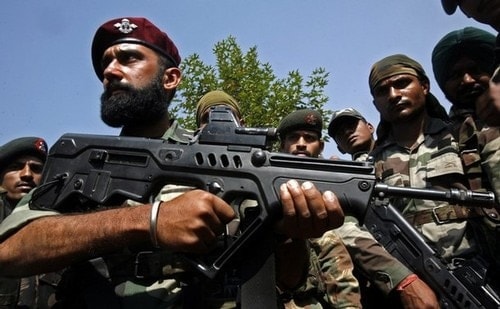 What makes the Tavor stand out from the rest of the bullpup crowd is that it accepts STANAG or AR-15/M16/M4 magazines, even wider magazines like Magpul PMags.  Naturally the Tavor is chambered in 5.56 NATO.

The Firearm Blog found a lead confirming that Charles Daly is scheduled to bring these to market in October of this year, assuming all goes according to plan.

“The sample shown at SHOT, with a 16-inch barrel (cold hammer-forged, 1:7 twist, chrome lined) and full length Picatinny top rail, is only one configuration that is contemplated. (Actual production of this model will have a 16.5-inch barrel in order to meet the US minimum 26-inch overall length.) Other models could include a 18-inch version with or without the Mepro 21 reflex sight; perhaps to become the “IDF” model.) The number of models to be offered has not been finalized.”

The price has not been announced, although the Firearm Blog guesses it’ll be right around $2,000 for the base model.  That is consistent with the price in other countries where the Tavor is legal to purchase.

The Tavor is a service rifle in use with many armed forces and agencies, notably the Israeli Defense Force (IDF) and Indian special forces and paratroopers.  The Micro Tavor, MTAR-21, a submachine gun version of the Tavor chambered in 9mm is the standard infantry weapon of the IDF.