Sculptures made out of spent casings is nothing new at Guns.com, but we have to admit that the audacity and good taste to parade them around in our own backyard of Chicago (or shall we say Mr. Emmanuel’s backyard) gets us out of our chairs.

Incorporating casings, bullets and other ammunition components, Adam’s creations use colors to challenge people’s associations as to what constitutes a weapon which also ironically play off of brightly painted toy guns. Each piece is also associated with a narrative, further enriching its message. Among the items our man on street saw were stars, a cathedral, Roman legionnaires helmets and an American flag, which all factor into to this story. According to Adam’s website this installation:

“Utilizes bullets as an art medium with military army sculptures interacting in a theatrical battle and paintings encompassing every inch of the space around the dueling figures. The armies will be arranged in different colors to illustrate a paradoxical battlefield between peace and violence.”

Pretty heady stuff. And just goes to prove, if you want to really understand the will of the people, you’d do well to keep your ear to the streets. 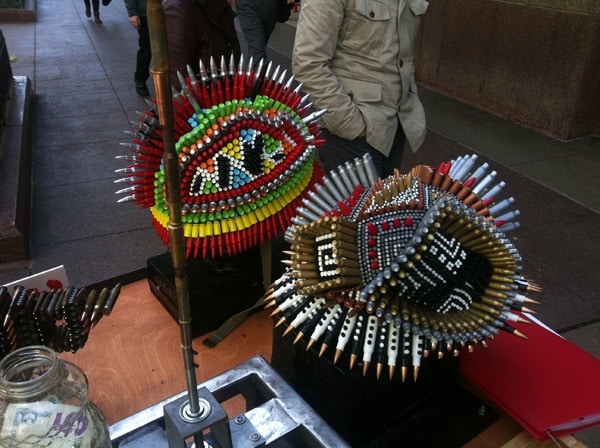 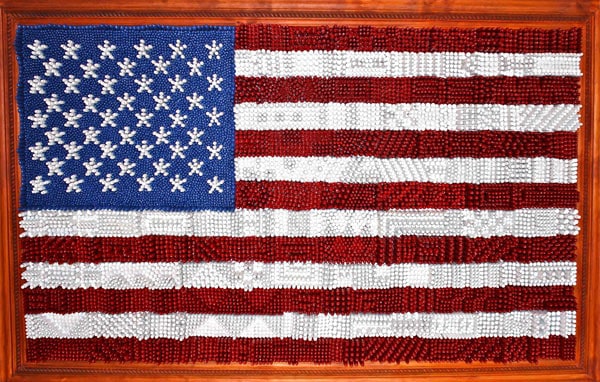 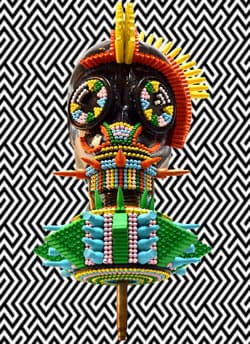