The shooting of 17-year-old Trayvon Martin has captured the nation’s attention.  As a result, there’s no shortage of organizations – whether they be pro-gun or pro-gun control – looking to exploit the tragedy in some way (check out the Brady Campaigns’ “Petition for the Freedom to Buy Skittles Without Getting Shot”).

Guns.com reported on Friday that Legal Boom.org, a Florida-based pro-gun organization, was raising money for George Zimmerman’s defense.  Now it appears they’re not alone in their effort.

According to orlandosentinel.com, the National Association for Legal Gun Defense has announced that it wants to contribute 10,000 toward Zimmerman’s legal expenses. 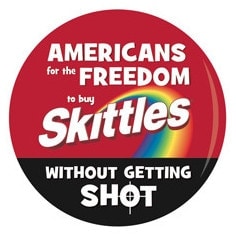 Attorney Blue Rannefeld, a representative for the Fort Worth, Texas-based group, said members of the NALGD were attempting to contact Zimmerman’s lawyer, Craig Sonner, to offer legal aid and assistance.  So far, they have not been successful.

While the NALGD does not seem to have an official website, Rannefeld said the groups main purpose is to “represent gun owners involved in self-defense shooting cases.”

I have several questions for the NALGD (1) how do you vet cases?  In other words, how do you decide which self-defense shooting cases to represent and/or aid and which cases to avoid?  (2) Why publicize your involvement with this highly controversial case?

With respect to that latter point, getting involved in this case is a lose/lose situation for any pro-gun organizations, at least with respect to public relations.

Obviously, if Zimmerman is charged with murder (or manslaughter) and he is found guilty in a court of law, then what?  Then, your organization is aligned with a convicted murderer.

And even if Zimmerman is charged and found ‘not guilty,’ a large percentage of the public will still believe he got away with murder.  These people will then accuse your organization and its members of being maligned.

Now if NALGD is really just a bunch of defense attorneys, one can argue that this move has nothing to do with the larger aims of the traditional pro-gun organizations (winning hearts and minds of non-gun owners, promoting concealed carry rights, safeguarding traditional pastimes: hunting, shooting, etc.), but is instead an attempt to solicit clients.

The truth may be that the NALGD could care less about how supporting Zimmerman might impact the public’s perspective of the gun community.

However, if they don’t care, they should because efforts to connect all gun owners to George Zimmerman are currently underway (see photo from Brady Campaign).

See, I have no problem with individuals who have an opinion and want to donate money to any legal cause.

However, when organizations appear to be speaking on behalf of all gun owners (even if it’s because of media bias, check out this headline about this same topic: “Gun Nuts Offer George Zimmerman Money For Legal Costs!“), I get real worried.

I keep saying this, but Zimmerman made his decisions.  I see no reason why others should have to pay for them.  Gun organizations should stay away from the case and allow the legal system to run its course.