Call it a reaction, call it an overreaction, call it whatever you like, but at least acknowledge that it’s happening.  That is, lawmakers are chomping at the bit to bring up the issue of gun control in the wake of the Trayvon Martin shooting.

The latest example of this comes from Iowa, where a group of Democratic lawmakers met at the Iowa City Public Library to discuss, among other issues, gun control and the shooting of 17-year-old Trayvon Martin.

The League of Women Voters in Johnson County hosted the forum, which gave residents of Iowa City, including students at local schools, a chance to interact with lawmakers.

Sophia Perez, a seventh-grader at North Central Junior High, asked the lawmakers in attendance to look more into whom is lawfully allowed to carry a gun. 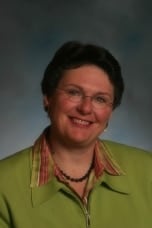 “I have noticed lately there have been a lot of issues with domestic violence,” she said, noting that she is doing research on the subject for a school paper. “I found it really sad, and I wanted to take effort in that.”

Rep. Vicki Lensing (D-Iowa City) answered Perez’s question by pointing to her concerns over two pro-gun Bills passed by the state House in early March (one that would add the 2nd Amendment to the Iowa Constitution and another that would remove a person’s “duty to retreat”).

“This new law — that the Senate will not do — will make every place a more dangerous place to be,” she said. “I worked on domestic-violence bills, and they are very hard to pass. We will continue to fight for more legislation.”

One will recall that when these two pro-gun bills were brought to the floor for a vote last month, Democratic lawmakers stormed out of the state House en masse, claiming Republicans ambushed them by failing to give them prior notice.

The legislators at the forum, all of whom were Democrats, concurred with Lensing’s point that these pro-gun bills, which are headed to the state Senate for a vote, have the potential to put people’s lives at risk.

“I believe the ‘Stand Your Ground’ bill went too far,” said Rep. Dave Jacoby, (D-Coralville). “I’m afraid what happened [with Trayvon Martin] is what many of us predicted what would happen.”

Although no Republican lawmakers were present at the forum (according to forum organizers they were invited but declined to attend), the Daily Iowan caught up with Republican Sen. Sandra Greiner (R-Keota) to get her thoughts on the issues.

“I think [current gun laws] need to be enforced,” Sen. Greiner told the Daily Iowan. “I think that if everyone operated under the assumption that anyone on the street could be carrying a weapon, I think people would start behaving themselves.”

In short, she argued that, ‘an armed society, is a polite society.’ 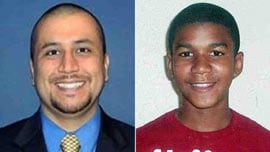 “We’re never going to eliminate crime,” she added. “The whole premise is if they really thought that there was a potential that they were going to be [harmed], I think it would reduce crime.”

“If a person has a handgun in a home, the likelihood of it being used against a family member or a friend is 10 times greater,” she said. “That is not going to make anybody safer. It makes no sense at all for us to be pushing forward these gun laws.”

One can bet that when it comes time for the Iowa Senate to vote on its version of House File 2215, the removal of “no duty to retreat,” the shooting of Trayvon Martin will be a major talking point when Senators debate the bill.  And in the not too distant future, one shouldn’t be surprised if he/she hears talks of “common sense” gun laws coming from pro-gun control Democrats.  It’s only a matter of time.