The budget de-funded the Combined Ballistics Identification System (CoBis), which Pataki launched in 2000 in what many believed was an attempt by the Republican ‘moderate’ to curry favor with pro-gun control Democrats nationwide, there were rumblings back then about a future presidential run.

When Pataki was selling CoBis to the public, he insisted that it would be an effective crime-fighting tool that used state-of-the-art technology to establish a “DNA database for handguns.”

Under CoBis, any manufacturer that shipped, transported or delivered a pistol or revolver to New York State had to include a cartridge casing of a bullet or projectile fired from the pistol or revolver in the container with the gun.  This spent casing would be given to State Police, so that their markings could be kept in the CoBis traceable registry. 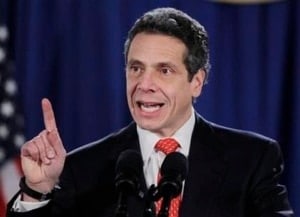 To pro-gun control politicians, the CoBis system sounded like a great idea.  Hillary Clinton, who was at the time running for the New York state U.S. Senate seat, lauded Pataki for exhibiting “real leadership in proposing a state-based ballistics program . . . something that needs to be done on a national level.’’

However, CoBis was a colossal bust.  That is, despite collecting and cataloguing hundreds of thousands of spent casings, not one criminal was ever caught using the costly ballistic identification database.

“We are ending a program that doesn’t solve crimes or make our streets safe,’’ Cuomo spokesman Josh Vlasto told the New York Post.

Vlasto added that CoBis cost about $1.2 million per year to run and the funds appropriated for the program will most likely be diverted to the federal National Integrated Ballistic Information Network, which tracks spent shells from guns used in crimes and not simply from those that were legally sold.

For those who were critical of CoBis from the start, this is a big “I-told-you-so” moment.

“That’s what we said would happen from the start,’’ Tom King, president of the New York Rifle and Pistol Association and a National Rifle Association board member, told the NY Post. “I think Andrew Cuomo is a very intelligent guy who didn’t want to waste money, and this wasn’t working.”

King also said that CoBis probably cost closer $40 million due to all the equipment, staff, and related expenditures to get the program online.

With the utter failure of CoBis, one would think that pro-gun control politicians would be reluctant to double-down on costly and ineffective ballistic identification databases and technologies. 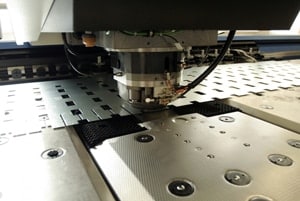 However, the state Assembly passed a microstamping provision earlier this session and tried, through a back-door effort, to include it in the final budget.

Gun microstamping is more invasive and burdensome than CoBis.  It’s a technical process that uses laser technology to engrave microscopic gun information such as make, model and serial number on the tip of the gun’s firing pin. Desired information can also be engraved on the breech face or other parts of a firearm.

But as critics point out, like CoBis, microstamping is a futile endeavor because it primarily targets law-abiding gun owners and is easily circumvented by criminals who can use common household tools to switch firing pins with unmarked spare parts rendering the microstamping useless.

Thankfully, the final budget signed by Gov. Cuomo did not include appropriations for microstamping.

So, in a sense, and as the NRA-ILA pointed out, it was a double victory for the Empire State: the end of CoBis and the delay of microstamping.