Special: The Beretta ARX-160: A possible game changer in the AR15 market

We’ve covered some of the basics of the ARX-160 on Guns.com.  It looks like an impressive package.  The potential for this gun seems limitless. For example, changing out barrels has never been easier.  It takes a matter of seconds.  The benefits of this are easy enough to see:

Easy enough if you have an ample national defense budget, but what about the rest of us?

If the AR-15 craze has shown anything, it is that civilian shooters like to play with military guns.  Maybe play isn’t the right word.  It’s sure to offend someone.  Call it what you will—a lot of us buy, build, customize and train (and sometimes play) with guns that we hope we won’t ever use for their intended purposes.

The point is we love this stuff.  We can’t get enough of these fighting guns and there will be a market for the civilian version of the Beretta ARX-160 the minute the gun becomes available domestically, no matter what it costs.

But Beretta is smarter than that.  AR-15s are available at many different price points.  Most of the reputable makers offer guns in that $1,000-ballpark, but that’s usually just a starting point for most shooters who then begin the work of dressing the guns up just exactly like they want them.  In the end, the basic platform remains the same, even if the whole gun has been custom fit to a single shooter.

The ARX-160 is not an AR-15.  There is less about the gun that is customizable.  Yet, the base package will come with attributes that are hard to pass up.

So how much will the civilian ARX-160 cost? 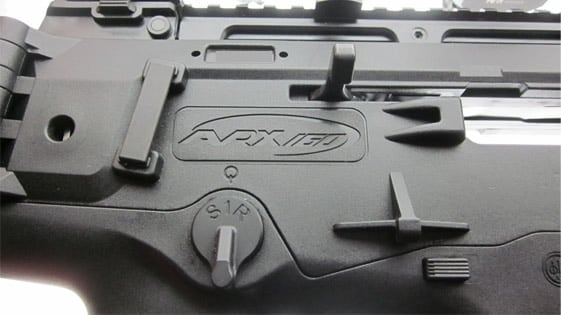 There is no way that the ARX-160 will compete with the entry price for a standard AR-platform.  In order to be really marketable, it needs to come in below many of the other fighting 5.56s, like the FN SCAR.

Ben Cook, product manager, says Beretta USA is far enough out on delivery that the price is still under discussion. 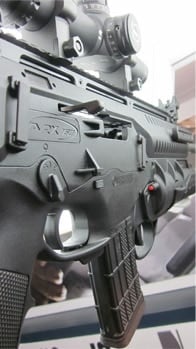 But they’ve identified what Matteo Recanatini, Beretta’s web & social media manager, called “a sweet-spot.”  The number I heard at Beretta is $1,500 and I want to stress that this price is still an idea and not an MSRP. But it’s an idea that makes sense.

When will we see them here in the states?  I put this question to Recanatini.

“There are several concurrent elements that influence the delay.  The key culprit, however, is a production/engineering bottleneck caused by an overwhelming demand for current Beretta products. We are backordered on most of our US-manufactured lines. The Nano is being manufactured literally around the clock. We’ve added an additional shift to the line, which means that Nanos are being made 24-hours-a-day now, and new M9 contracts for guns and parts are stretching us even thinner.”

The production of the ARX-160 in Italy is running strong, but the Italian production run is filling military orders.

“We’re working as diligently as we can to make sure we overcome these obstacles and bring this technological wonder to the U.S. market,” Recanatini says.

Reassuring, yes, but I want one now. They tossed around a time frame of when the ARX-160 should hit the market, but they were hesitant to say anything definite. However, I was able to whittle it down to “this year,” so keep your eyes peeled.