The EFFIN-A is one of our favorite little devices.  It is a compensator made by Ares Armor and sold by Predator Armament.  But it truly is one-of-a-kind.  The EFFIN-A has 28 ports, in seven rows of four, all around the bore.  Each port is drilled and tapped to accept set screws that block them off.  In this way, the user decides which ports are open and which are closed to customize the amount and direction of the redirected gasses.

This means that the EFFIN-A can be tuned exactingly to suit a particular firearm, even a particular load.  The screws also have stops and bottom out.  This means that they can be tightened down hard and you don’t have to worry about them backing out, and also you can’t screw them in too far into the path of the bullets.

Although admittedly that guy is a pretty thick slab of shooter and the EFFIN-A itself is no lightweight either, at over 4 ounces, that video’s showing a level of increased rifle control that is just not matched by other compensators.

And not only can you tune your EFFIN-A specifically for what you shoot, if you need extreme recoil management, the front of the EFFIN-A is actually a thread protector covering up an extension for another EFFIN-A compensator.  Or any other muzzle device you may want up there.

Plus, if black isn’t your thing, they’ve started to make the 5.56 NATO/.223 Remington EFFIN-A with a stainless steel finish.

For 5.56 NATO/.223 Remington stacking the compensators could be overkill, but the potential for taming other calibers there is awesome.  Which is why they’ve ramped up production to include 7.62x39mm 7.62 NATO/.308 Winchester. While the bullet diameters are close (.312 for the Soviet cartridge and .308 for the Western) they of course don’t have the same threads. 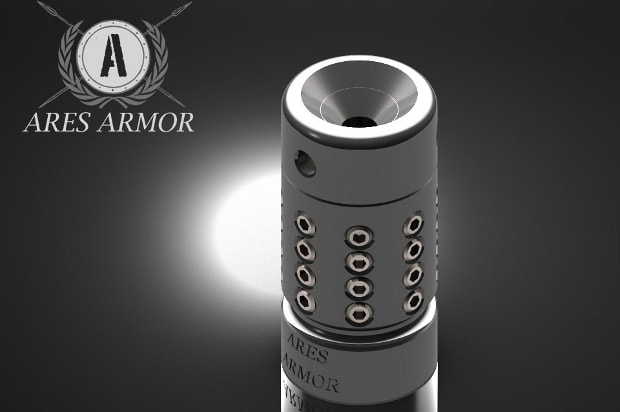 These two new models are properly-threaded for their respective platforms, 5/8-24 for the AR-10 and other Western guns and 14x1LH for the AK-47 and other guns from around the BLOC.  You don’t have to worry about adapters or anything like that to make them work with your standard-rifled barrels.  They are strictly available with a matte black finish.

EFFIN-A compensators aren’t exactly simple, which is why we’re so impressed with their price.  A hundred bucks gets you an EFFIN-A, set screws and all.  (Actually they’re on sale right now for $91!)  Some companies charge double for less effective compensators that we lovingly refer to as metal tube socks.  The EFFIN-A can do so much and yet it costs the same or less than many premium muzzle accessories, some that do nothing. 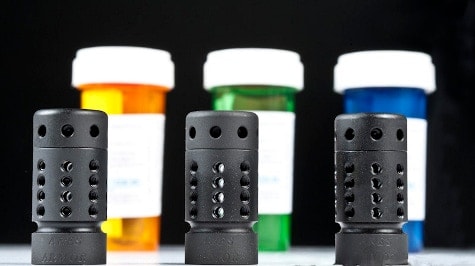 If you’re looking to make a truly modern sporting rifle you ought to consider the EFFIN-A.  If not for the performance, the chance to shout out it’s name when people ask you what the hell is that thing on your gun.