You may not have known this, but you can buy a BAR.  We don’t mean old surplussed M1918 Browning Automatic Rifles, nor do we mean the popular modern semi-automatic hunting rifle made by Browning, also called the BAR.  We mean newly-manufactured M1918 BARs, by Ohio Ordnance.

Developed and manufactured late in WWI, the BAR went into production in 1918, if you can believe that.  Designed by John Browning, the patent actually belonged to Colt.  However, at the time, Colt was too busy with their orders for Vickers machine guns for England that manufacturing was eventually passed on to Winchester and Marlin-Rockwell. 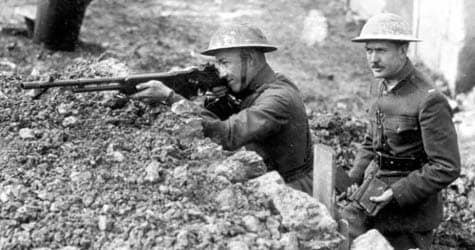 At the end of WWI over 50,000 BARs were fielded another 50,000 had been produced.  They proved a major advantage over German arms and immediately after the war many countries began to adopt them, acquiring licenses to produce them at home, often with small changes and further improvements.  Belgium, Poland and Sweden all had their own BARs.

The BAR continued to see heavy use during WWII and the Korean war and was an extremely valued rifle during the Vietnam war.  Although at the time the US military deemed it outdated and issued it to South Vietnamese and Montagnards, it was sought out by infantry and special forces alike, who found it to be much more reliable than early M16 rifles, especially in those conditions. 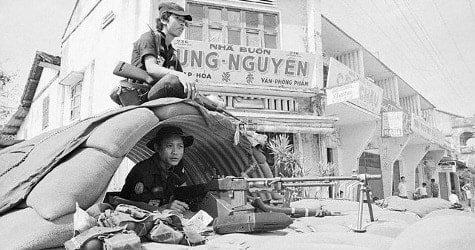 The reason the BAR was so much more reliable was that it is a long-stroke gas piston-operated selective fire light machine gun chambered in .30-06 Springfield.  It’s striker-fired, fires from an open bolt, and uses a simple rising block locking system.  Its only major shortcoming is the standard-issue 20-round magazines.  It can burn through those quickly.  Some variants had thin barrels that were prone to problems.  Mostly, though, they were bulletproof.

After military demand for these weapons dried up production dropped off.  Civilian ownership was difficult and expensive (and still is to this day) of select-fire light machine guns.  And just like that, the BAR went quietly into the night.  But it doesn’t have to be so.

Ohio Ordnance makes modern working replicas of the M1918 BAR, chambered in .30-06, of course.  These new guns have some modifications to the firing mechanism as it’s no longer legal to manufacture firearms that fire from an open bolt.  They are also semi-automatic, naturally, otherwise there probably wouldn’t be much if any market for them.  It has a more conventional hammer-fired closed-bolt mechanism.

The Ohio Ordnance M1918-SLR is otherwise very similar to the BAR and has two models, one with an American Walnut buttstock and the other Bakelite.  Otherwise they’re identical, with 24-inch barrels, are 48 inches long, and weigh every bit of 20 pounds.  Each comes with two 20-round magazines, and California, Massachusetts and New Jersey-compliant models are available as well.

The only kicker is the cost.  The M1918-SLR replicas run $4,124.  Still, just knowing that the BAR is not dead and is not gone warms the cockles of everyone here.  It can be a long-term goal.