Portland, OR, Mayor Sam Adams is contemplating placing a ban on the public display of replica guns, after police shot two individuals who were carrying realistic-looking fake guns.

The first shooting happened in January of this year, when officers shot and killed a man in a standoff on top of a parking garage in downtown Portland.  The man, 21-year-old Bradley Morgan, flashed his fake gun at police.  Taking no chances, an officer fired at Bradley, hitting him in the head.

The second shooting happened on March 26 when officers shot 31-year-old Jonah Potter, who used his fake gun in a robbery the day prior to his encounter with police.  Potter survived the gunshot wound.

These shootings have Mayor Adams looking to the city of Beaverton, which banned the public display of fake guns five years ago.

According to Mike Rowe, a spokesman for the Beaverton Police Department, the ban has worked quite well.

Rowe told KATU that he’s noticed there are fewer crimes committed with them and “no officer-involved shootings involving them since rules went into place prohibiting displays of replica guns in public or near schools.”

“I wanted to look at it,” Mayor Adams said with respect to the Beaverton fake gun ban.

“I want to reduce the amount of force that our police officers have to use,” he added. “You know, when someone is springing up or suddenly pulls out a weapon that looks like a real gun, our officers have very few options other than to defend themselves.”

Currently, Beaverton is the only city in the country that prohibits the public display of replica guns.  The fine for brandishing one in public is $250.  That fine doubles to $500 if one removes the orange tip to make it look more “authentic.”  Repeat offenses or bringing a replica gun within 1,000 feet of a school is a misdemeanor. 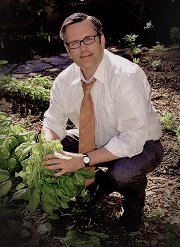 Mayor Adams posted a poll on his Facebook page asking the Portland public what they thought about the ban.  Opinions were mixed, but the majority of the people to respond supported the notion of a ban.

Some of those who supported the idea of the ban were airsoft advocates.

“I think these guns look like real guns — could be easily mistaken for real guns,” Brett Pemble, a customer at Airsoft Outlet NW in Cornelius, told KOIN Local 6.  “And you can’t carry a machine gun around on the street … so I think it’s reasonable.”

But some voiced skepticism about the need for a new law, especially considering the fact that real guns are not banned in public provided one has a permit.

“There are already laws in place that could be used to control those scenarios,” Airsoft Outlet NW manager Adam Bower told KOIN Local 6.  “Rewriting a new law specifically about airsoft … not that it’s necessarily a bad thing, but seems like a knee-jerk reaction.”

Mayor Adams told KOIN Local 6 that the ban is something he would further press if the Portland police chief decided it was something he wanted in place.

It should be noted that it wouldn’t be an outright ban on Airsoft or replica guns.  People would still be able to use them or display them at shooting ranges, rural areas, and private property.  Moreover, one would be able to transport them in public, so long as it was in case.

All that said, one has to ask the obvious question, would a ban prohibiting the display of realistic-looking fake guns in public really stop a criminal from using and/or carrying one?