Florida’s ‘Stand Your Ground’ law isn’t the only gun law under fire these days; another Florida gun law that precludes local governments from putting restrictions on firearms has some Tampa city officials shaking their heads.

With the Republican National Convention coming in late August (27-30), Tampa officials wanted to put a temporary ban on concealed carry in specified areas surrounding the convention.

However, as City Jim Shimberg Jr. pointed out to the Tampa Bay Times, “State law does not allow local governments to enact any laws regulating guns.”

Adding that, “Even if we tried to regulate it, it would be null and void.”

When organizers for the event initially drew up their proposal laying out rules for the convention, it did include a ban on concealed carry inside the city’s “Clean Zones,” which cover all of downtown, including a designated protest zone. 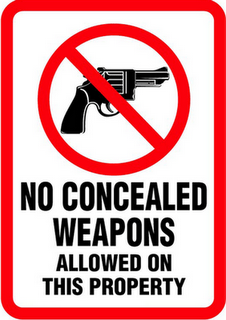 But city attorneys and planners soon realized that Florida has a pre-emption law, Statute 790.33 – Field of regulation of firearms and ammunition preempted, which reads:

Except as expressly provided by the State Constitution or general law, the Legislature hereby declares that it is occupying the whole field of regulation of firearms and ammunition, including the purchase, sale, transfer, taxation, manufacture, ownership, possession, storage, and transportation thereof, to the exclusion of all existing and future county, city, town, or municipal ordinances or any administrative regulations or rules adopted by local or state government relating thereto. Any such existing ordinances, rules, or regulations are hereby declared null and void.

Following news of this statute it became clear that city officials could not put restrictions on law-abiding gun owners.

However, because the Secret Service controls the convention site itself (the Tampa Bay Times Forum, the Tampa Convention Center, Embassy Suites Hotel, Tampa Marriott Waterside Hotel and Marina, some of the waterfront and maybe the Tampa Bay History Center) they can and will ban concealed handguns.

“The Secret Service will use metal detectors to scan every person going inside the security perimeter. Only law enforcement officers who are working in their official capacity will be allowed to carry guns into the perimeter,” Secret Service spokesman George Ogilvie told the Tampa Bay Times.

It’s what lays outside the Secret Service perimeter that Tampa officials control.  And they’ve wasted no time dividing up the city into different Zones: protest zones, places where people can demonstrate and clean zones, places for spectators and convention goers.

During the week of the convention, there will be a ban on the following items in each zone/areas:

• Citywide, there would be a ban on carrying pieces of wood, hard tubes or anything else that could be used as a club, as well as water guns, super soakers, air guns, paintball guns, explosives, switchblades, hatchets, slingshots, brass knuckles, Mace, chains, crowbars, hammers, shovels, or any container containing urine, fecal matter or other bodily fluid.

• In the Clean Zone, the ban would be expanded to prohibit ropes, straps, tape or string longer than 6 inches, glass containers, ceramic vessels, light bulbs, padlocks and bicycle locks, things that could be used as portable shields and gas masks. 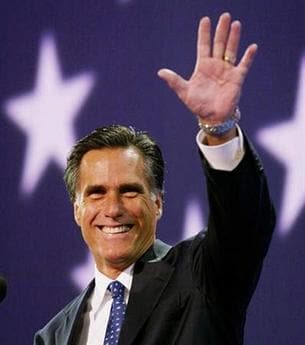 One will note that handguns are conspicuously missing from those lists.

The Tampa City Council is expected to vote on the temporary ordinance containing these restrictions in the very near future.

However, if The National Lawyers Guild has anything to say about it, the proposed ordinance will be shot down on the grounds that it is unconstitutional.

“The proposed ordinance creates arbitrary permit requirements, establishes what it calls a ‘Clean Zone,’ and lays out a militaristic view of crowd control. Taken together, its provisions set the stage for violent police action against peaceful protesters and bystanders,” the NLG said in a statement.

The NLG added, “If the City Council passes this ordinance regulating activities related to the 2012 Republican National Convention, it will find itself on the wrong side of the Constitution and the NLG will join with other civil liberties organizations to defend the civil rights of demonstrators to protest against unconstitutional government and police practices.”

It appears that this battle is just beginning.  We’ll keep you posted as more news develops.