Vladimir Putin, prime minister and president-elect of Russia, has already begun to announce new plans for his country although he has not yet begun his third presidential term.  One aspect of the plans does stand out, just a bit.  Ray guns that turn people into zombies.

That’s absolutely correct, while most people are gearing up to kill as many zombies as possible, at least in their imaginations, Putin is working on making them a reality.  With ray guns. 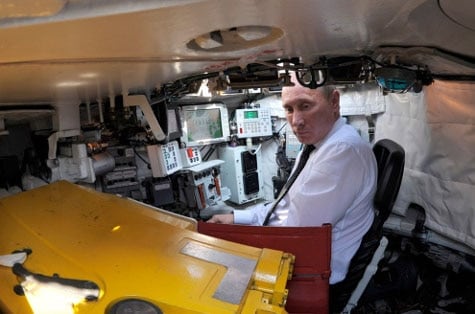 Actually the technology isn’t that outrageous, and the U.S. has already developed and tested several offensive devices in the same bailiwick.  Although the discovery and use of microwave radiation has been widespread since the early 20th century, the first real directed-energy microwave weapons development didn’t begin until 2002, at least publicly.

It was in 2002 that defense contractor Raytheon began development of the Active Denial System (ADS), a pain-inflicting directed energy weapon designed to disable and disperse crowds.  First tests began in 2007 and the first public display of its effectiveness happened just a few weeks ago.  Suffice it to say, it’s effective. 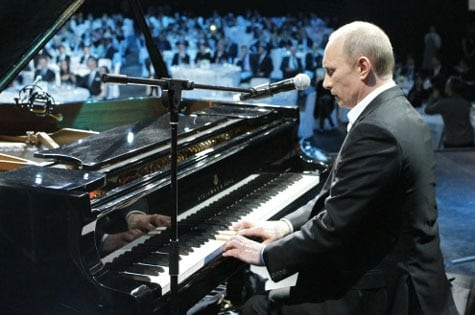 Somewhat failed attempts at directed energy weapons dates back as far as 1950s.  That’s when, again, Raytheon began experimenting with the idea, later developing it into land-based anti-missile systems to defend airports from man-portable missile systems.  This was called the Vigilant Eagle Airport Protection System, which while never resulting in invisible domes that knock missiles out of the sky with directed energy hellfire, did directly result in inventing the microwave oven, something we’re sure has enriched as many if not more lives.

The proposed Russian plan for similar weapons is not that far-fetched.  However, this quote by Putin may be: “Such high-tech weapons systems will be comparable in effect to nuclear weapons, but will be more acceptable in terms of political and military ideology.”  That is, if the Russian directed energy weapons are at all related to what we have developed; it does match the description. 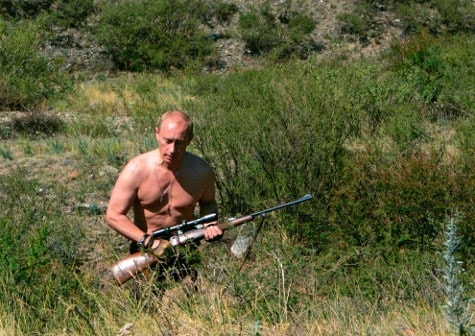 “When it was used for dispersing a crowd and it was focused on a man, his body temperature went up immediately as if he was thrown into a hot frying pan,” said Anatoly Tsyganok, head of Russia’s military forecasting center. “Still, we know very little about this weapon and even special forces guys can hardly cope with it,” he said.  That is almost exactly the description given of the effects of the ADS. 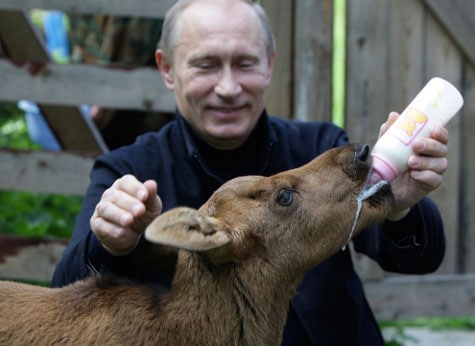 So the claim that these devices turn people into mindless zombies?  Well, we don’t know.  Maybe the effects of different wavelengths and/or frequencies of microwave radiation can alter brain patterns (or just cook them) causing mindless or basic behavior.

One of the things to consider is that the pain rays that have been developed are so high-frequency as to not penetrate more than a few thousandths of an inch into people’s skin, affecting the absolute outermost layers of skin.  A lower frequency pain ray could do serious damage and pose long-term risks, namely cancer.  That might not be such a concern for Putin and Russia’s weapons engineers.  Russia does have a habit of using radioisotopic thermoelectric generators (RTGs) for like, lighting. 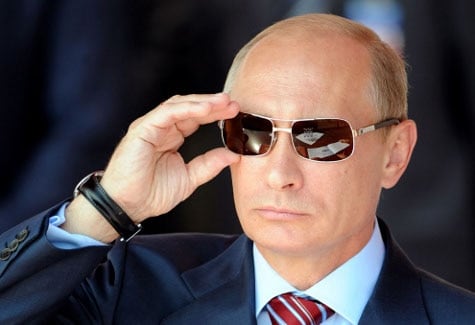 Whatever the case may be, Russia certainly doesn’t plan to experiment solely with directed energy weapons like the ADS.  Russian defense minister Anatoly Serdyukov said “The development of weaponry based on new physics principles—direct-energy weapons, geophysical weapons, wave-energy weapons, genetic weapons, psychotronic weapons, and so on—is part of the state arms procurement program for 2011-2020.”  Guns that turn brains to mush.

And all we have to say to that is Russia, bring on the zombies.  We know what to do with zombies. 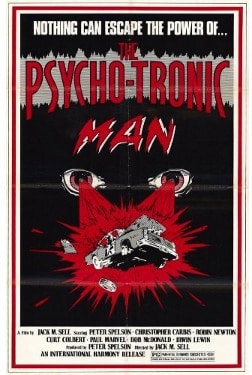 Psychotronic is a genre of B or cult science-fiction horror movies, taken from the title of the film “The Psychotronic Man“.

Photos of Russian ray guns is above top-secret.  Photos of Putin bein’ Putin credit the Atlantic.