Mary Buchan and her friend, an elderly woman, went to The Arms Room LLC on July 21, 2011.  They were shopping for a handgun, one that her friend could use for self-defense, according to the lawsuit, which was filed in late march in Galveston County District Court.

While at the gun store, the women told an Arms Room employee that they were unfamiliar with firearms but were interested in buying a handgun.  The employee reportedly gave the women a loaded gun to try in the store’s indoor range along with two pairs of headphones.

After guiding them to the range, the employee left them there without providing any further instructions, the lawsuit says. 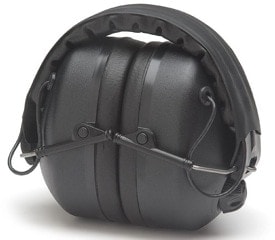 The women put on their electronic headphones and went to their assigned lane in the gallery.

Despite having the headphones on, Buchan could hear shots being fired in the neighboring lane.

According to the suit, the plaintiff “could feel the vibration of each shot ringing through her ears more than the shot before.”

“The plaintiff reached atop her head for the headphones to push them inward against her face in an attempt to muffle the loudness of the weapon being fired,” it states.

“The plaintiff’s attempts to dampen the noise were not successful at all, which surprised the plaintiff.”

The women remained in the gallery for ten minutes.  Before leaving the store, they complained to the Arms Room employee that, “the noise level inside the range was just too much.”

Buchan alleges that the ringing in her ears persisted for days and she “was having an extremely difficult time hearing the world around her.”

She went to see a doctor, who diagnosed her with “profound and permanent hearing loss” and ordered her hearing aids, the suit claims.

“As a result of her trip to the gun range, the plaintiff sustained permanent hearing loss from the excessive noise level of the gun shots within the concrete walls,” the suit stated. 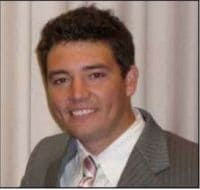 Later on she realized that the headphones she was given were electronic and did have a volume control that must be adjusted before entering a noise-filled room.

The suit alleges that The Arms Room failed to properly instruct customers on the hearing protection, to inform about the risk of hearing loss and to properly supervise the gun range.

Buchan maintains that the medical treatment she’s received thus far has not helped her.

She is being represented by Attorney Michael L. Aldous of Santa Fe.  Galveston County 10th District Court Judge David Garner is presiding over the case.

The Arms Room has yet to comment on the pending lawsuit.