Over the weekend, reports surfaced that NBC News fired the producer who was responsible for the edited call from George Zimmerman to police just before Zimmerman shot and killed 17-year-old Trayvon Martin.

The edited version of the call, which aired on the network’s “Today” show on March 27, omitted a key question by the dispatcher that gave the conversation a distinctly more racial rendering:

Zimmerman: “This guy looks like he’s up to no good.  He Looks black”

In the real, unedited version, Zimmerman is prompted by the dispatcher to provide information about Martin’s race:

Zimmerman: “This guy looks like he’s up to no good. Or he’s on drugs or something. It’s raining and he’s just walking around, looking about.”

In response to this critical and consequential error, NBC News President Steve Capus told Reuters that it was “a mistake and not a deliberate act to misrepresent the phone call.”

Moreover, he added that “an internal network investigation had determined that a producer made the editing error, and that the network’s editorial controls – including senior broadcast producer oversight, script editors and often legal and standards department reviews of sensitive material to be broadcast – simply missed the selective editing of the phone call.”

Anonymous sources within NBC reported that the Miami-based producer who was responsible for putting the edited clip together was fired on Thursday.

Capus did not confirm or deny those claims, but said that “several people” involved were disciplined.  He did not provide further details.

Sources at NBC told Reuters on Thursday that the top brass did not know about the “mistake” until the blogosphere reported on the misleading nature of the tape (sites like newsbusters.org and Breitbart.com broke the story).

While Capus is still working damage control on the edited Zimmerman call to police, he also had to address another controversy that has arguably marred the network’s reputation, the Al Sharpton reportage of and involvement in the Martin-Zimmerman saga. 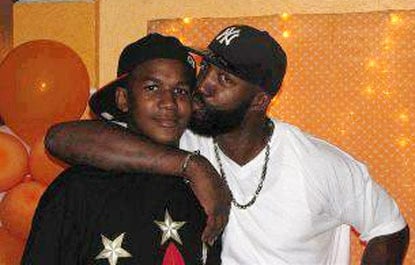 Rev. Sharpton who hosts MSNBC’s “Politics Daily” has been reporting on the case, but at the same time has been leading rallies calling for Zimmerman’s arrest, appearing with Martin’s grieving parents, and conducting closed-door meetings with prosecutors and local officials on the Martin family’s behalf.

There’s been no shortage of complains about Rev. Sharpton’s unbalanced coverage of the case.

“Even commentators have to abide by certain rules,” the Daily Beast’s Howie Kurtz wrote in a recent article. “And in this case, by playing both sides of the camera, Rev. Al has obliterated them.”

However, Capus has defended the Reverend and the dual role he’s played as both commentator and activist.

“Reverend Sharpton is a talk show host on MSNBC,” Capus told Reuters. “We believe there’s a distinction between the role he plays and our front line journalists who are part of NBC’s news gathering and reporting.”

“This is a large news organization that has many people involved in any number of different aspects of coverage and commentary. That’s the distinction we’ve made as a news organization,” Capus added.

What do you think of NBC’s coverage of the Trayvon Martin shooting thus far?  Also, do you believe the infamous edit was an honest “mistake”?