A group of Neo-Nazis claims that it’s conducting armed patrols in the streets of Sanford, FL, the place where 17-year-old Trayvon Martin was shot and killed by neighborhood watch captain George Zimmerman.

Commander Jeff Schoep of the Detroit-based National Socialist Movement (nsm88.org) spoke to the Miami New Times about the reason for the group’s alleged presence in Florida.

The patrols – 10 to 20 armed men – are there to protect “white citizens in the area who are concerned for their safety,” Schoep said.

“We are not advocating any type of violence or attacks on anybody, but we are prepared for it,” he continued. “We are not the type of white people who are going to be walked all over.” 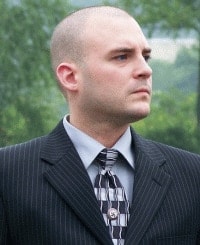 Schoep sees his group of armed patrolmen as a white civil rights organization and drew a comparison between NSM88 and Rev. Al Sharpton’s activism.

“Whenever there is one of these racially charged events, Al Sharpton goes wherever blacks need him,” Schoep said. “We do similar things. We are a white civil rights organization.”

But when it comes to militant organizations like the New Black Panther Party Schoep is quick to draw a distinction, especially in the way the government treats the two.

“The Black Panthers have been offering bounties and all that,” he says. “But if we called for a bounty on someone’s head, I guarantee we’d be locked up as quick as I could walk out of my house.”

He added that the bounty brings racial tensions in the area to a fevered pitch, causing many whites to fear for their safety.

The bounty is a sign that “the possibility of further racial violence… is brimming over like a powder keg ready to explode into the streets.”

The Miami New Times inquired as to whether the group’s presence would just exacerbate an already tense situation – potentially sparking race riots – but Schoep insisted that NSM is simply a “show of solidarity with the white community down there” and “wouldn’t intimidate anybody.”

Schoep clarified that his group is not taking sides in the Travyon Martin shooting.  “That’s for the courts to decide,” he said. “Besides, Zimmerman is not even white.”

“I think there is some confusion going on,” Schoep explained. “A lot of people think that this guy who shot Trayvon was white… but he’s half Hispanic or Cuban or something. He certainly doesn’t look white to me.” 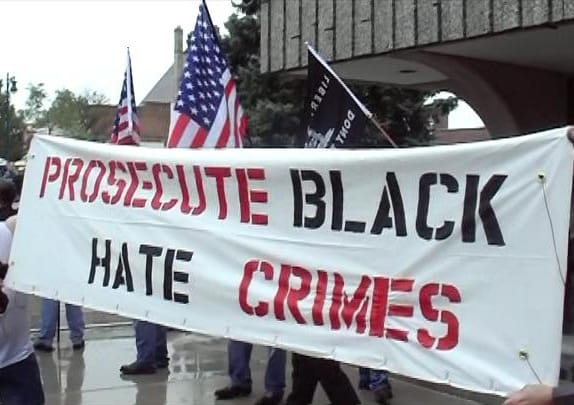 Meanwhile, the Sanford Police Department told the Miami New Times that it has no evidence that armed neo-Nazis are parading through the streets.

“We have not seen any neo-Nazis on patrol nor have we had any reports of them,” Sgt. David Morgenstern said.

Sgt. Morgenstern added that there have been no signs of the New Black Panther Party either.

Ryan Julison, a spokesman for Trayvon’s family, condemned vigilantism from both sides.

“The family has consistently voiced their opposition to anyone on either side of this issue taking the law into their own hands. This is simply about a family’s quest to find lawful justice for their son,” Julison told The New York Post.