Gun sales are booming in the Evergreen State.  During the month of March, there was a record number of gun permits issued – 12,000 – that’s 60% more than the monthly average – 7,500 – according to the state Department of Licensing.

Local gun shops across the state have also noticed the uptick in demand for firearms. 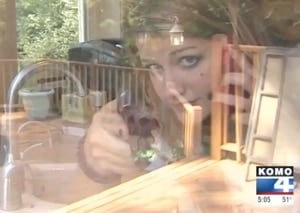 John Clarke, the manager Wade’s Eastside Guns in Bellevue, Washington, told q13fox.com that his store is busier than usual with gun sales up 25 percent from last year.

Clarke speculates that a string of burglaries statewide have piqued the public’s interest in firearms for self-defense within the home.

Clarke’s thoughts on firearms certainly rang true for Angela Tallman of Gig Harbor, who thwarted two burglars from breaking into her home last Thursday by flashing her handgun at them.

“I showed, waived my gun at them in the window like, ‘Hey, you’re messing with the wrong person,'” Tallman told komonews.com.

In Pierce County concealed carry applicants are lining out the door.

“Obviously, a lot of people are getting them because the waits are crazy,” permit seeker John Inglet told komonews.com. 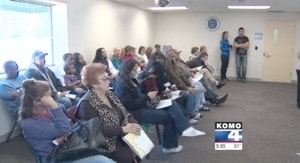 Inglet also commented on a burglar who was shot and killed by a homeowner, a 61-year-old retired police officer, in Puyallup last Wednesday.  The burglar broke into the man’s home and came at him with a crowbar.

“Too bad for the burglar,” he said. “You have to decide if what’s inside my property is worth your life.”

“This incident again highlights the danger of home invasion burglaries,” said Lindquist. “When you break into someone’s home, you take the chance you will be shot. One burglar is dead, and the others will be held fully accountable.”

Officials from the Pierce County Sheriff’s Department told komonews.com that the increase in both burglaries and gun ownership has been a general trend, and the combination of the two was bound to erupt like it has recently.

It should be noted that while burglaries are on the rise in Washington state, they have not increased, overall, across the country – yet gun sales are still soaring.  To explicate, there are limitations to the implication by the Pierce County Sheriff’s Department that an uptick in gun sales are strictly or predominately driven by a rise in crime.