The Civilian Marksmanship Program Now Offering M1 Garands in .30-06 and .308

Right now the Civilian Marksmanship Program (CMP) is offering refurbished Springfield Armory M1 Garands chambered in both .30-06 Springfield and .308 Winchester.  And because the CMP is a government-chartered program, they’re going for extremely reasonable rates.

CMP rifles are all surplussed US government issue (USGI) rifles that have been cleaned up and repaired if necessary, and test-fired to make sure they’re in good working condition.  Each rifle comes with a hard case, a manual and one en-bloc clip.

The eagle eyes over at the Armory Blog found that the CMP has started offering new CMP Special grade M1 Garands in the original .30-06 as well as .308. 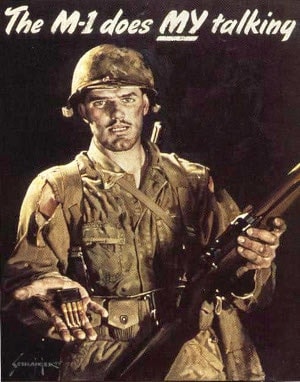 The receivers and most of the other parts are refinished USGI, with a few parts possibly newly-manufactured as necessary.  A .308 spacer block is installed in the magazines of the rifles converted to shoot .308 to prevent loading of .30-06 cartridges, which would be a bad thing.

Although .30-06 is an extremely powerful and versatile battle rifle cartridge, it’s expensive and not nearly as common as .308.  And all other things being equal, it’s a slightly less energetic round with less perceived recoil.  There are good reasons to want an M1 Garand in .308.

CMP Special grade Garands run $995 in either caliber, and cost $25 to ship.  That’s an extremely agreeable price to pay for something that is both rebuilt as well as a piece of history; a rifle that has served this country.

But if you’re interested in something else, the CMP has a wide selection of M1 Garands, from inexpensive rack-grade rifles (starting at $595) to the rare sniper variants of the M1 Garand ($1,600-3,000).

Not everyone wants a titanium tacticool monster to take to the range.  Some people want a rifle with a little more class.  These Garands are for you.