Last September, Former Marine tail gunner Ryan Jerome, 29, went to New York City for a business trip.  He was there to sell $15,000 worth of gold for his jewelry business.  Due to the inherent danger of transporting thousands of dollars worth of fine jewelry, Jerome brought his .45-caliber Ruger.

During his trip to the Big Apple, Jerome figured he would do a little sightseeing.  So he visited the Empire State Building.  When he arrived, he asked the security officer where he should check his sidearm.

Without hesitation, the security guard called the police.  Jerome was arrested on the spot.  He spent the next two days in jail.

Jerome, who lives in Indiana, told Reuters that his experience illustrates the confusing array of concealed carry gun laws in the U.S. and the need for uniformity.

“How can the city of New York override your rights under the Second Amendment of the Constitution?” Jerome, who pleaded guilty last month to a misdemeanor weapons possession charge as part of a plea deal with the Manhattan District Attorney’s office, told Reuters.

Jerome was just one of several gun owners to get nabbed by police for carrying concealed in the Big Apple.  Mark J. Meckler, the co-founder of the Tea Party Patriots was arrested at La Guardia Airport on Dec. 15 for disclosing to a ticketing agent that he had a locked box that contained a Glock pistol.

Then it was Meredith Graves, a Tennessee nurse who was arrested on Dec. 22 for trying to check her .32-caliber Kel-Tec pistol at the 9/11 Memorial.

And the latest was Fred Vankirk, an Ohio resident who was arrested on Jan. 7 after a hotel worker dropping off room service spotted one of Vankirk’s guns sitting on a nightstand in his room at the Radisson Hotel.

All of them have valid concealed carry permits in their home states.  However, none of those permits meant anything in Mayor Bloomberg’s backyard.

Many gun owners see the lack of uniformity or concealed carry reciprocity between states as a reason to support the two Senate bills that would allow law-abiding, concealed carry permit holders to carry handguns in any state that issues CCW permits or does not prohibit concealed carry.

However, gun control advocates see these bills as a major threat to public safety.

Mayors Against Illegal Guns, a coalition of Mayors and gun control supporters who promote tougher gun regulations, has launched a website – OurLivesOurLaws.org – dedicated to defeating the two bills.

And the Brady Campaign to Prevent Gun Violence has labeled the reciprocity measures as the “George Zimmerman Armed Vigilante Act,” an obvious reference to the neighborhood watch volunteer who claimed self-defense when he shot and killed 17-year-old Trayvon Martin in Sanford, Fl, in late Feb.

“These proposals are an example of the dark mindset and agenda of the gun lobby,” the Brady Campaign’s president Dan Gross told Reuters. “If these laws passed, George Zimmerman would be able to carry his loaded weapon into Times Square or the streets of Los Angeles. They would force the entire country to live by the laws that killed Trayvon Martin.”

The Attorney for Jerome told Reuters that a federal reciprocity law “would have helped him, clearly” in his case.

“I’ve been a law-abiding citizen my entire life, and for something like this to come down, it rips me apart,” he said following the arrest. “It’s like taking a good dog and scolding him for something he didn’t do.” 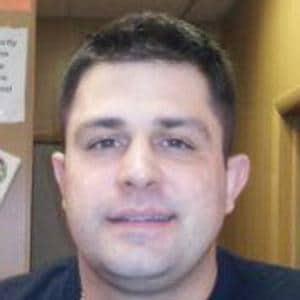 With the exception of Illinois and the District of Columbia, all 49 states permit some form of concealed carry.  To say nothing of the larger imperative, our natural right of self-defense, one can argue that for the simple sake of practicality it makes sense to enact a national reciprocity bill.

But politics rarely comes down to what’s practical.

Since the House has already passed a version of the bill, it’s now up to the Senate to decide whether the Respecting State’s Rights and Concealed Carry Reciprocity Act (S.B. 2213), sponsored by Sen. John Thune (R-SD) or the National Right-to-Carry Reciprocity Act (S.B. 2188), sponsored by Sen. Mark Begich (D-Alaska) and Joe Manchin (D-W.Va.) is right for the country.

Jerome, who’s Jewelry Store has been burglarized since visiting New York, told Reuters that his experience has convinced him “this is something that needs to be addressed on a federal level. The cops can’t always be there to protect you. You have to be prepared to protect yourself.”

(On a side note, Mayors Against Illegal Guns has already claimed victory in the battle for nationwide concealed carry)