Earlier this month, the U.S. Supreme Court decided that jailers may give anyone entering their facilities strip searches and cavity searches, even those arrested on minor offenses.

The case brought before the high court involved a New Jersey man who was arrested for an unpaid traffic violation and subsequently stripped searched in two different county jails. 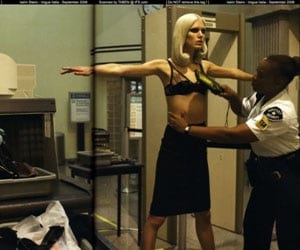 By a 5-4 vote, along partisan lines, the court ruled security needs of prisons, jails and holding centers trumps the privacy rights of individuals.

In his majority opinion for the court’s conservative-leaning justices, Justice Anthony Kennedy wrote, “Correctional officials have a significant interest in conducting a thorough search as a standard part of the intake process,” adding that jails and prisons face potential gang violence.

In a dissenting opinion representing the court’s four liberal-leaning justices, Justice Stephen Breyer wrote, “I cannot find justification for the strip-search policy at issue here – a policy that would subject those arrested for minor offenses to serious invasions of their personal privacy.”

Breyer added that strip-searches amounted to a “serious affront to human dignity.”

The ruling affects all those who are entering a jail’s general population.  Considering that there are approximately 14 million Americans in jail or prison each year, 700,000 of which are doing stints for misdemeanor and/or minor offenses, the decision is expected to have a wide-ranging impact.

The Story of Albert Florence

In March 2005, Albert Florence was en route to his mother-in-law’s house with his pregnant wife and 4-year-old child.  His wife was driving his SUV when they were pulled over by a state trooper on a New Jersey highway.

Florence identified himself as the vehicle’s owner and the trooper found, upon checking records, that Florence had an outstanding warrant for an unpaid traffic ticket.  However, Florence had, in fact, paid the ticket and had a receipt (a letter) stating that the fine had been paid. 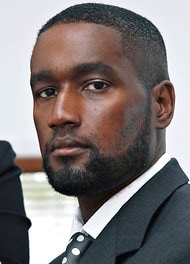 Disregarding his letter, the trooper arrested Florence and took him to Burlington County Jail in southern New Jersey.  While there, he was “ordered to hold out his arms, turn around and lift his genitals.”

Six days later, he was still in custody, awaiting a hearing.  By then, Florence had been transferred to a county jail in Newark.  He was strip-searched a second time.  This time, he was told to “squat and cough while jailers looked for contraband.”

Attorneys for Florence sued on the grounds that Florence’s Fourth Amendment rights had been violated (unreasonable searches and seizures), arguing that in the case of minor offenses, correctional officers must have reasonable suspicion of wrongdoing before they conduct a strip search.

The conservative-leaning Justices obviously disagreed with that notion.

Since around 1979, it was largely thought that strip searches without suspicion of wrongdoing violated the Constitution.

However, in 2008, appeals courts in Atlanta, Philadelphia and San Francisco began ruling that authorities’ need to maintain security justified strip searches for all of those who were entering holding facilities, regardless of the reason for one’s detention.

John M. Burns, an attorney and legal commentator at the Huffington Post had this to say about the decision:

Constitutionally, it is important to understand the act of being placed in a holding or jail cell do not (or, at least prior to this decision did not) strip you of your constitutionally protected rights. Even inmates that are convicted of what you and I might consider “serious” offenses, including violent crimes, are still entitled to be free of “unreasonable searches and seizures” as provided for under the Fourth Amendment, making the Court’s decision here with regards to persons being held for minor offenses baffling.

Are you as equally baffled by the Supreme Court’s decision?  Does this fit the narrative that as a society we are slowly forfeiting our Constitutional rights to the government, especially in the name of “safety”?

Moreover, does this remind you of any other Constitutionally protected rights that are under attack?