A recent study by UCLA researchers determined that a person holding a gun or a knife looks larger than if he were holding most other objects.

This particular study was part of a larger project funded by the U.S. Air Force Office of Scientific Research with the intention of better understanding human decision-making in potentially violent situations.

According to the study, published by the journal PLoS ONE, it demonstrates that if an observer knows an individual has a gun or knife it leads the observer to conceptualize him as taller, larger and more muscular (basically more intimidating) than others who hold a mundane object. 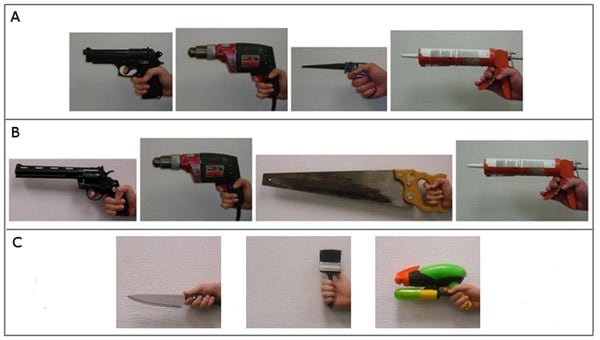 The study was done in five parts and, according to the document, included participants of all different ages, races, and genders, but they all lived in the U.S. and also owned guns.

The first test included 535 people who were asked to look at four pictures of a hand holding an object such as a power drill, small handsaw, a caulking gun and a .45 caliber handgun. The pictures were shown in random order and after each viewing the participant was asked to estimate the height and overall size of person holding the object.

The majority assumed the person with the hand holding the gun to be about an inch taller than the others.

The second study asked 108 people to look at a series of objects in fixed order and rate the harmfulness of the objects on a scale of one to nine (one being not harmful, and nine being extremely lethal). The objects included a caulking gun, small handsaw, power drill, large handsaw and .45 caliber handgun. And the majority said the handgun was the most lethal. 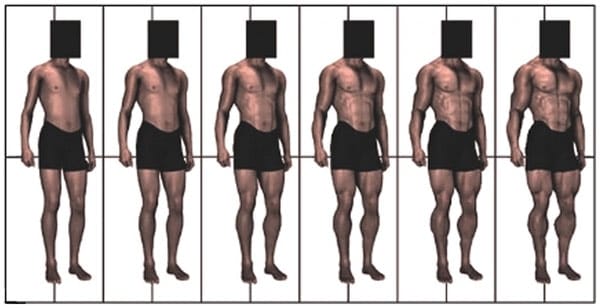 The third study included 658 people and they were asked to use the same procedures as in the first study, but this time to rate the muscularity. The objects this time were a drill, large saw, caulking gun and a .357 caliber revolver. And the hand holding the gun was thought to belong to a the beefcake on the end there.

The fourth study included 100 people who were asked to look at photos of a paintbrush, a squirt gun and a kitchen knife and then rate them on level of harmfulness, just like they did in study two. But they were also asked which type of person–adult woman, adult man, young girl or young boy–they would most associate with the object.

Lastly, in the fifth study 647 people were asked to review pictures of hands holding the same objects in study four, but in random order, and then asked to rate the muscularity. The majority said the hand holding the kitchen knife was more muscular.

So, now you might be wondering how this data can be used in real life applications. This particular study certainly confirms what most people may already assume: that most people would consider a gun or a knife more lethal and more intimidating than other objects.

However, the researchers think with further exploration and compilation of data they’ll understand more about how one would assess threats in turn the information could be used to assist law enforcement or military when engaging a threat in what would possibly be a fast-moving situation.

But, of course, there’s still more to be done.