Snagg: May Assist in Recovering Lost or Stolen Guns

At the annual NRA Meeting and Exhibit Guns.com ran into a small company called Snagg, which sells tiny microchips that could assist in the recovery of lost or stolen goods, or help keep track of an inventory. It caught our eye because the booth was rather busy and there were signs touting “Not GPS tracked.” And why might that be important? you may ask. Because it means there’s no chance of big brother seeing if your guns are on the move. 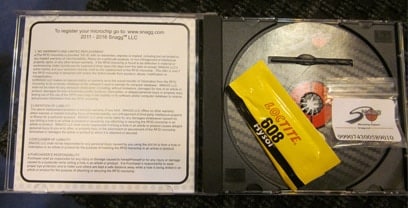 The concept is no different from planting an identification chip in a dog or cat, in fact, that’s where the creator Ron Wolff got the idea, a Snagg spokesman said. Wolff figured if he could do this with his dog, why can’t he do it with the rest of his stuff?

The chip is a Radio Frequency Identification Device (RFID) and it looks like a 2mm stick of ink found inside a pen. It’s easy enough to apply to whatever it is you want to apply it to: guns, tools, musical instruments, whatever.

The kit comes with a microchip and glue to attach it. On display at the NRA show, the company had an AR and a couple of pistols laid out on the table with the chip already applied and the chip doesn’t necessarily jump out at you.

Once the chip is installed, the next step is to register the chip into Snagg’s website and create a profile for the item that you bugged. When registered, the information is attached to a unique code. 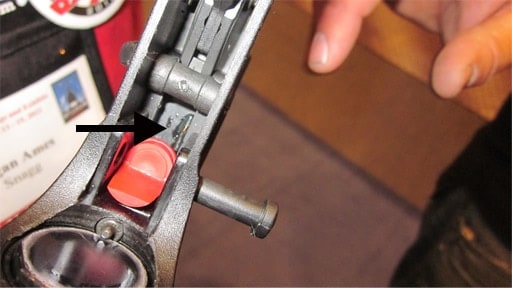 Lastly, if your gun gets stolen, God forbid, and it is found by authorities all they have to do is run a scanner up and down the item and once it finds the chip it’ll populate that unique code. And then there will be no dispute whether or not the item belongs to you (or that you installed the chip) since all the necessary information is already in one place and is easily accessible.

The only criticism we could think of for a Snagg microchip is, for example, an item has to be recovered and then scanned in order for it to be returned to the owner, which seems like a lot of leg work and relies on good faith. However, Snagg’s spokesman addressed this too. He said that a lot of police stations are already equipped with the proper equipment because it’s the same equipment used with the animal identification chips.

Also, say your gun or guns are confiscated for some unfortunate reason, perhaps this will give you a leg up on the process of legally reacquiring them.

Snagg was selling their kits at the show for the same price as they do online: $25 per kit or five kits for $100.