From Gun Bans to Bullet Bans: What are shooters to do when politicians change tactics?

Politicians are a persistent lot, and the longer I live, the more I notice that if they cannot get what they want going in the front door, they are more than happy to use the backdoor (or a window for that matter). For example, after the landmark Heller case from the Supreme Court, legislation on banning firearms took a backseat to going after high capacity magazines, hollow point ammunition and also the lead content of bullets—a move we saw recently when the Supreme court thankfully dismissed another attack on traditional ammo by the EPA.

Regardless of this win for gun rights, these increasingly creative attacks on the Second Amendment are just as dangerous as more the explicit assaults and even more so when you consider that these attacks often go unnoticed because they masquerade under the guise of “restrictions” rather than all out “bans”. Well, from where I’m standing, gun control is gun control no matter what it’s called, but it does beg the question, “What are shooters to do, when faced with sideways attacks on gun ownership?” 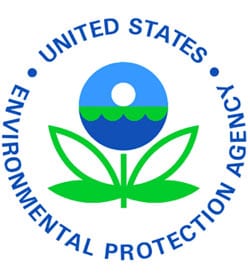 In August 2010, the Environmental Protection Agency received a petition from the Center for Biological Diversity and the American Bird Conservancy to ban all lead ammunition nationwide. This of course was an election year and the petition came only a few months before the crucial mid term elections that gave the Republicans control of the House of Representatives.

In response some states have proposed or passed legislation that prevents attacks on traditional ammunition, though similar bills to the 2010 ban have also been introduced in various cities nationwide, and in some states such as New York. What should scare gun owners is that the EPA did not say in their letter that millions of hunters use lead bullets legally and safely, and there is no evidence that there has been widespread harm because of those lead bullets or lead shot, instead they said in effect was “we wish we could ban them but legally we can’t.”

There have been some bans on hollow point bullets as well, the most peculiar being in the state of New Jersey, which most hunters and gun owners were deceived by because they are not banned, but heavily restricted.

You can purchase hollow point ammunition for your handgun, keep it in your home, shoot it at the range and go hunting with it, but not for use outside of the home if you are lucky enough to have a concealed carry permit. That means if you want to carry a handgun for personal defense, you can carry anything but ammunition loaded with hollow points. So really what good is it? 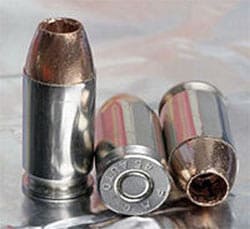 One such law is California Senate Bill 124 , which would ban such ridiculously described “cop killer” ammunition, quietly moved through their state senate a little over a year ago while a similar bill was struck down in another form when a judged deemed constitutionally vague.

There is no real description of exactly what bullets would be banned, but on California Senator Kevin de Leon’s website, the man who introduced the bill in the first place, the typical rhetoric is used stating that “There is NO reason for the public to purchase these types of bullets. They serve no other purpose. They are not for sport. They are not for hunting. They are for killing people, specifically police officers.” Perhaps the Senator should take a self-defense course so he can speak more accurately to the capabilities of hollow point bullet as I’ve found in most cases (and this seems to be another example), politicians don’t know much about the realities of shooting.

What can shooters do?  The only things folks living in a democracy can do—get out and vote.  This election in November is critical if only to keep those politicians in check and to make sure Federal agencies are not given more power than they should have. If not our guns could become paperweights, legal but not very useful.