The killing of 77 unarmed people, many of them young teens, was an act of “self-defense,” said Anders Behring Breivik, the man responsible for the bomb-and-gun rampage in Norway last summer.

Breivik, who is now in court being tried for his deadly acts, has to explain his actions to a five-judge panel, which includes three ‘citizen’ judges, ordinary people who serve four-year terms.

The panel’s job is to determine Breivik’s sanity, and whether he should be sent to prison or placed in a psychiatric facility.

If the panel finds Breivik to be sane, he could face a maximum sentence of 21 years in prison or an alternate custody arrangement that would keep him detained for as long as he is considered to be a threat to society.

If declared insane, he would be sent to a psychiatric facility until he is no longer considered mentally ill. 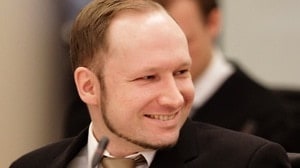 Three days into the trial, prosecutors continue to probe his mind, asking questions about Breivik’s decision to detonate a bomb outside the government headquarters in Oslo, which killed eight people, and his ensuing attack on Utøya Island, where he shot and killed 69 people at the governing Labour party’s youth summer camp.

“The attacks on July 22 were a preventive strike. I acted in self-defense on behalf of my people, my city, my country,” Breivik exclaimed, demanding to be found innocent of terror and murder charges. “I would have done it again.”

According to his testimony, Breivik saw his victims at the summer camp as part of a larger conspiracy to “deconstruct” Norway’s cultural identity.  He compared them to the Hitler youth and said their summer gathering is an “indoctrination” camp for multicultural ideals.

At one point during the trial, he accused the Norwegian court as being corrupted by political parties that embrace multiculturalism.

“I do not recognize the Norwegian court. You’ve gotten your mandate from political parties that support multiculturalism,” he said.

“OK, we will make a note of that general objection,” Judge Wenche Elizabeth Arntzen said curtly.

Breivik sees himself as a role model, a martyr, one who has sacrificed himself to inspire others to join his cause in the fight against immigration, multiculturalism and the “Islamification of Europe.” 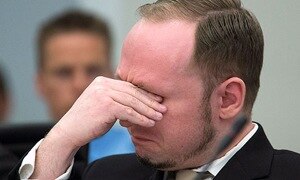 “I think the big problem for militant nationalists in Europe is that there have been very few role models since WW2. If a sofa general is to borrow tradition from al-Qaida and doesn’t dare to do it himself but asks others to do it … without having any background himself he wouldn’t have any credibility. That’s how role models are created, by sacrificing oneself.”

A person cannot “glorify martyrdom” among “rightist groups in Europe” if he does not have the “qualifications for promoting that tradition”, he added.

Thus far, Breivik has showed no remorse for the killings.  The only time he got emotional, fighting back tears, is when the court played part of his video manifesto “Knights Templar 2083” (Knights Templar is an anti-Muslim group he claimed to have started).

While it appears that Breivik is completely deranged, his defense will try to prove he was sane at the time of the massacre.  His attorney, Lippestad, told reporters that it was very important to Breivik that he be considered sane, he did not elaborate why.