SureFire is now offering a recharge station for CR123A lithium batteries used in many flashlights, lasers, optics and gun accessories made by SureFire as well as other companies.  This recharge station includes two rechargeable lithium-phosphate CR123A batteries and a low price.

SureFire uses CR123A batteries in many of their products and while they’re often used where space and weight is a premium they have a lower capacity than AA batteries in milliamp-hours (mAh).  Combined with their relatively higher price and lesser availability CR123A these single cells are often a source of frustration when they burn out. 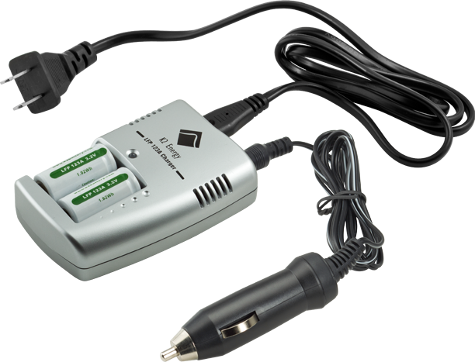 Compact flashlights and other accessories that run on CR123A batteries are common in firearm accessories and practice with devices that use them can burn through a large number of cells faster than you’d think.  SureFire is here for you now with an inexpensive recharger and a pair of CR123A batteries. 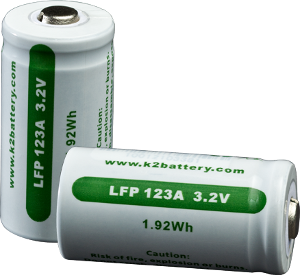 The SFR2-KIT01 recharger and battery kit runs on AC or DC power and includes cords for both wall outlets and car outlets.  Rechargeable lithium-phosphate batteries do have a lower capacity than lithium-manganese-dioxide batteries, which are what most disposable CR123A batteries are, but then, you can’t recharge those.  The battery life for the rechargeables is about half of the disposables.

That being said you should expect a good capacity from these rechargeables, dropping to half their capacity after an impressive 500 charge-discharge cycles.

SureFire isn’t the first company to manufacture chargers or batteries but they’re certainly not charging a price premium for their SFR2-KIT01 kit.  With the batteries it’s just $30, maybe less on shelves.  The added bonus of a being able to charge in transit is obvious.  SureFire is also adding extra rechargeable batteries to their catalog, $12 gets you a pair. 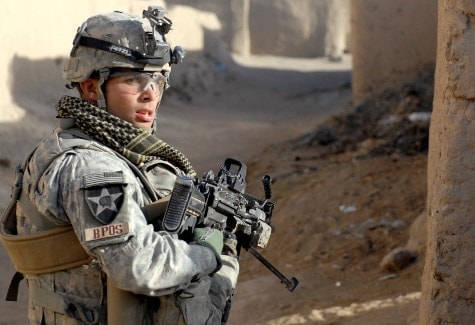 If you have a SureFire flashlight or EOTech holographic sight or any other CR123A-powered shooting accessories this charger will most likely save you money in the long run.  It’s like reloading but with batteries and way less chance of catastrophe.