Kellie Mejdrich of the Arizona-Sonora News Service wrote an article for the Tucson Sentinel in which she describes how easy it is for an Arizona resident to obtain a concealed carry permit and then implies the state needs tougher CCW issuance standards.

I know some of you are shaking your heads right now saying, “I thought Arizona was one of the four states that approved Constitutional carry, why would one even need to obtain a CCW license?”

Well, you’re correct on that, but as she pointed out in her article: 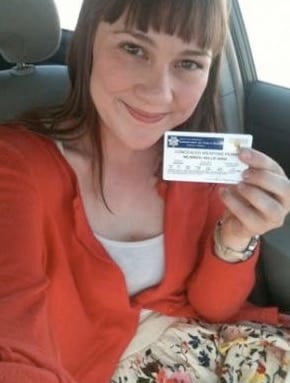 In Arizona, hip slingers needn’t worry themselves over a permits if the gun’s visible you’re in the clear—even carrying concealed is allowed permit-free in most places. But to carry a concealed weaponin [sic] privileged places—like national parks, restaurants serving alcohol, and near schools — and to have your right to carry concealed recognized in 36 other states, you’ve got to get a permit.

So, the young and intrepid Ms. Mejdrich sets out to get her CCW.  But she’s got a secret.  And that secret is she’s never fired a gun before in her life.

To obtain a CCW permit in AZ., one needs to satisfy the following requirements, Ms. Mejdrich wrote:

There are some requirements: citizenship, being 21 years old, not suffering from mental illness (this isn’t ever evaluated though), never have been convicted of a felony, and having “satisfactorily completed a training program or demonstrated competence with a firearm,” according to state law.

Instead of registering for a beginner course, one that would teach her the basics of how to safely handle and shoot a firearm, she signs up for an expedited one-hour class, that’s specifically suited for “the person with experience with firearms, who does not have time to seat through several hours of additional firearms training.”

In addition to that disclaimer, an in-class statement underscores that the one-hour class is not designed for those new to guns.

Nevertheless, Ms. Mejdrich proceeds to take the one-hour class for those familiar with firearms and subsequently obtains her CCW permit.

“I’m a 22-year-old woman who has never touched a gun in her life, but obtaining a concealed weapons permit in Arizona took me little more than a lunch break and $100,” she gloated at the beginning of her article.

The obvious point Ms. Mejdrich is attempting to illustrate is the relative ease by which an Arizona resident can obtain a CCW license, especially if the applicant resorts to legerdemain.

Although she acknowledged that she misrepresented her experience with firearms, she seems to fault the instructor, Bob DeNis of CCW AZ School, LLC., a DPS-certified and NRA-certified instructor, for not questioning her suitability for the class.

“DeNis never asked me whether I had shot a gun before, or evaluated my proficiency once I sat down for class,” she wrote.

In a follow-up interview, she asked DeNis why he didn’t inquire about her experience with firearms. 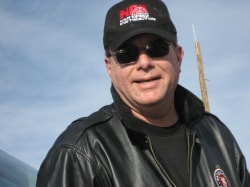 In addition to pointing out that he has no legal obligation to do so, that those aforementioned disclaimers pass legal muster, and that it’s impractical to question every student who takes his one-hour class, he said that those who are seeking CCWs without adequate training are only hurting themselves.

“Are they trying to circumvent the system and just get the CCW?,” he asked. “If they’ve never even fired a gun before, is that going to really be of help to them? Is that really going to be of value? They’re probably just wasting their money.”

While DeNis raises very cogent points, there’s an ideological dynamic to this discussion.  That is, personal responsibility v. government oversight.

At the end of the day it comes down to this simple question: do you want the government to be solely responsible for your personal safety?

Arizona is a free state, a state that values an individual’s fundamental right to self-defense.  In California, in particular in Los Angeles County where I live, the average Joe cannot carry a concealed handgun.  By denying citizens that right, Los Angeles County is telling its residents that it is responsible for their personal safety.

So, congratulations Ms. Mejdrich, you fleeced the system to obtain a concealed carry permit.  But at least you were able to get one.

Pictures courtesy of CCWAZ and the Tuscon Sentinel