Perhaps, caving to criticism that his task force assigned to investigate Florida’s controversial ‘Stand Your Ground’ law was too gun friendly, Gov. Rick Scott added two new experts – who have both taken on the National Rifle Association in the past – to the 17-member team.

News of the additions came by way of a Press Release from the governor’s office yesterday.  The two new members are Sheriff Jerry Demings of Orange County and Chief David L. Perry, the chief of Florida State University Police Department.

In the past, both men have fought against NRA-backed legislation.

However, this tactic backfired because the lobbyist was investigated for violating a law that prohibits one from disclosing a gun owner’s information.  Though, he was eventually cleared of wrongdoing. 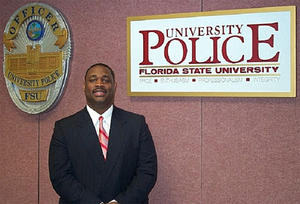 As for Perry, he opposed an NRA-backed campus carry bill in 2011.

“You have young people still learning how to be adults, and unfortunately alcohol and drugs are part of that equation on campus,” Perry told the Miami Herald in 2011. “This is a place of learning and nurturing and you shouldn’t be put in a position where you feel intimidated by someone walking around with a gun.”

Prior to the addition of Perry and Demings, the task force was heavily criticized for having too many pro-gun members and lacking racial and geographic diversity.

The Bradenton Herald pointed out the following:

– Lt. Gov. Jennifer Carroll, is the chair of the task force, reportedly she is also a member of the National Rifle Association and a supporter of ‘Stand Your Ground.’

– Rep. Dennis Baxley, R-Ocala, sponsored ‘Stand Your Ground’ in 2005 and has indicated it doesn’t need to be changed.

– Sen. David Simmons, R-Maitland, co-sponsored and voted for ‘Stand Your Ground.’ He told the Herald/Times bureau that he was instrumental in drafting the final language of the law as House Judiciary Committee chairman, and was Baxley’s roommate at the time.

– Rep. Jason Brodeur, R-Sanford, joined the Legislature in 2010, and the first bill he passed was a controversial gun rights bill banning doctors from asking patients about gun ownership.

– Sen. Gary Siplin, D-Orlando, voted for the bill in 2005. It passed the Senate unanimously. 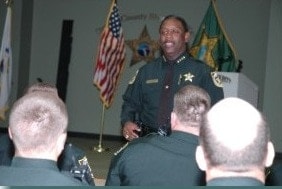 “You got all those people on there who supported it, what about some people who openly opposed it?” said Sen. Arthenia Joyner (D-Tampa) in response to the initial appointees. “He missed the boat on this one.”

The claim that the task force lacked racial diversity (specifically young minority males) was most forcefully made by a group called the Dream Defenders, which marched to Scott’s office last Friday in protest of the selections.

In the press release, Gov. Scott did not indicate that the appointment of Demings and Perry to the task force was a response to public pressure.  It simply read, “This action completes the process of naming individuals to the task force.”

The Group’s first meeting is scheduled for May 1, in Tallahassee.  There, it will develop a mission statement and a schedule for future meetings.  The task force will look into previous ‘Stand Your Ground’ cases, take public testimony, and present findings to the Gov. Scott.