A Virginia teacher has been arrested for allegedly firing four to ten blanks at a classroom full of students. The sixty-year-old teacher, Manuael Ernest Dillow, has been charged with 12 felony counts that includes one count of “scaring the bajeezus out of someone,” though that’s probably not the technical name for it. 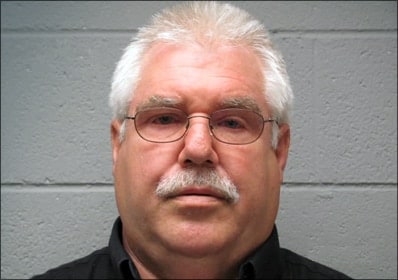 Dillow gave the students no warning whatsoever before firing his fake weapon. According to reports Dillow had the students line up, he produced a black pistol from his waistband, and fired several rounds at the students. None of the students were physically injured by the event, but each of the students finally had a meaningful to answer to “So, what did you do at school today?”

Dillow received the adult version of detention (the kind with metal bars and a cellmate), though he is currently out on a $20,000 bail. His freedom may be short-lived, however, as a guilty verdict could land him in jail for 5 years. Washington County Virginia Public Schools Superintendent Jim Sullivan stated that Dillow was not currently working for the school and offered no comment. We’re going to go out on a limb and guess that Dillow might be fired.

The local sheriff reported that Dillow borrowed the gun, which can only fire blanks, from another school department that teaches criminal justice.

While Guns.com was not able to track down any solid confirmation, we suspect that Virginia students are treating their teachers a bit more nicely.