Last week, on the 5-year anniversary of the Virginia Tech shootings, Gov. Bob McDonnell sent a letter to every governor in the country asking them to support stricter reporting standards for federal background checks.

Many believe that the Va. Tech shooter, Seung-Hui Cho, who killed 32 people and wounded 17 others, would have been prohibited from purchasing the two firearms he used during the rampage if his mental health records were logged into the National Instant Criminal Background Check System.

Prior to the massacre Cho was found to be “an imminent danger to himself as a result of mental illness.” However, he was only ordered to undergo outpatient mental-health treatment by the court. 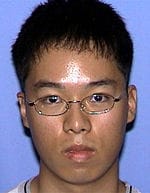 Virginia state law, at that time, said only those who are “involuntarily committed” or ruled mentally “incapacitated” were disqualified from purchasing firearms.  The outpatient treatment did not fall into either category.  Subsequently, the law has been changed to close the gap; those who undergo outpatient treatment are entered into the database.

“The commonwealth of Virginia continues to be a leader in submitting information,’’ McDonnell wrote in his letter. “I would encourage you to evaluate your state’s reporting of mental health and other critical information to NICS, and take any required action relating to that reporting to prevent tragedies such as the shooting at Virginia Tech from happening again.”

A pro-gun spokesman for Gov. McDonnell, told the Washington Post, that he sent the letter after hearing from family members of the victims of the Va. Tech shootings.

“In the days and weeks following the tragic events of April 16, 2007, Gov. McDonnell, then serving as attorney general, and then-Gov. Tim Kaine worked together to increase and improve Virginia’s reporting to the NICS,” McDonnell spokesman Tucker Martin said.

“The governor strongly supports this very effective program, but knows that its effectiveness depends entirely on the quality and scope of the data going into the system. This letter was meant to encourage all states to participate in this information reporting and sharing,’’ he added.

Following the shooting, a White House-ordered review found that “accurate and complete information on individuals prohibited from possessing firearms is essential to keep guns out of the wrong hands.”

At that time, the Justice Dept. found that 17 states provided no mental health records to the background-check system (it should be noted that some states do not participate in the NICS, but run their own background check system).

So, in 2008, President Bush signed an NRA-backed bill into law that sought to encourage more states to participate in the NICS.  The law provided funding to help the states transition to the NICS.

However, some – like Gov. McDonnell – believe that four years later mental health records are still being underreported.

While everyone can agree that we need to keep guns out of the hands of people like Cho and Jared Lee Loughner, the question has always been ‘how?’

That is, how do we create an apparatus or a system that ensures a law-abiding citizen’s rights to keep and bear arms remain intact, but also keeps the wrong people from purchasing firearms.

The question we now find ourselves asking, is the NICS the answer?  Does it strike the right balance between upholding one’s 2nd Amendment rights and screening out those with mental illnesses?