Crimson Trace is, manufacturer of some very popular gun-specific laser sights, is expanding on their catalog to include a new wavelength of the visible light spectrum.  They’re going green.

The new green laser LaserGuard sights will first be available for four models of guns, the Smith & Wesson M&P pistols, Springfield Armory’s XD(m), Glock and of course, the 1911.

These follow the same standard LaserGuard standards and are dimensionally identical and feature the same activation system, with a button on the frontstrap under the trigger guard.  Crimson Trace will also be marketing a green light Rail Master universal Picatinny-mount laser sight for handguns and rifles. 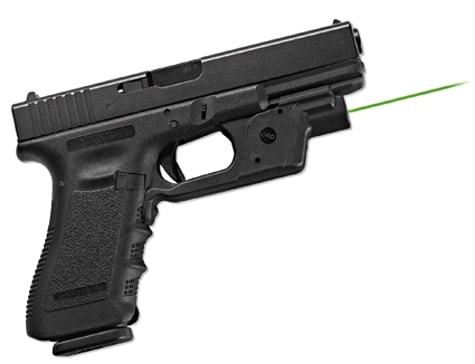 While the demand for green lasers has always been high, the technical constraints of putting them into the same package has made things difficult for Crimson Trace until recently.  Improvements in green light laser diodes have brought up power efficiency and made it possible to cram as much laser into the relatively very tight space while still having enough battery life to run for a reasonable amount of time.

And of course it was very important for Crimson Trace to be able to put the green lasers into the same size package since there are already so many holster options out there that work with their LaserGuards that it would be a huge hassle to add another type to the mix, especially considering how many different guns there are LaserGuards for. 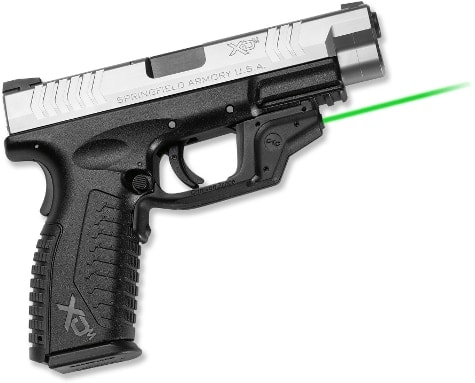 Crimson Trace has not announced what the prices for these new laser sights will be but we do expect them to sell for more than their red laser counterparts.  Other details such as battery life and all that are also still unknown.

But we are excited to hear that Crimson Trace has finally been able to make the transition to 532 nanometer party, as green lasers are easier to see in most conditions and of course, give people options.  Expect to see these in stores this summer to late summer with green LaserGrips coming hopefully early 2013, according to Tactical-Life.

“By now, most consumers are savvy enough to know that green lasers have always been power-hungry compared to their red counterparts,” explained Kent Thomas, Director of Marketing for Crimson Trace. “By mounting them in front of the trigger guard, we’re able to utilize battery power in both a functional and design friendly way significantly more than ever—which means our customers never have to compromise on run time.”

“This new technology is a game changer,” said Thomas. “Next year, customers will be able to get the instinctive activation, innovative engineering and quality Crimson Trace is famous for, but with the option of green in a few of the most popular gun frames in the market. Once again, we’ve listened to the market, our loyal consumers and found a way to deliver what they want in only the way Crimson Trace can.”