Response to New York Times Article: “I Hunt, but the NRA Isn’t for Me”

Avid hunter and sportswomen Lily Raff McCaulou wrote an interesting Op-ed in the New York Times yesterday that discussed why the National Rifle Association does not represent her.

“I own guns, but not for self-defense. I support gun control laws. I would happily vote to repeal the Stand Your Ground law in my home state of Oregon. In other words, the NRA does not represent me.”

Ms. McCaulou went on to state how frequently hunters and NRA members are conflated – “as being one and the same.” 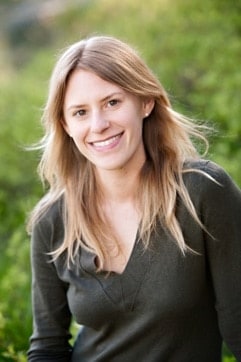 She wrote, “The NRA has just over four million members. That sounds like a lot until you consider that about one in five American adults own one or more guns. That’s nearly 50 million people. That means roughly 90 percent of gun owners do not belong to the NRA.”

Actually, the number of American adults who own one or more firearms is closer to 1 in 3, (according to Gallup), so that could mean as much as 96 percent of gun owners do not belong to the NRA.

That said, and to be fair to the NRA, 4 million is the number of official members.  That number does not include all of the gun owners who occasionally donate money to NRA causes.

Nevertheless, Ms. McCaulou overall point is valid: the NRA does not have a monopoly on representing gun owners, in particular hunters:

Let’s say, for argument’s sake, that every N.R.A. member is also a hunter — which is highly unlikely, considering that the most comprehensive national survey of firearm ownership to date found that only 35 percent of gun-owning households say they hunt. Even then, the N.R.A. would represent only about one-third of all hunters in the United States.

Does this mean, as Ms. McCaulou implies – “The N.R.A. has never had much to do with hunting” – that the NRA does not strongly support hunting and hunting-related activities?

Of course not.  While its preoccupation may be with public outreach (80% of it’s annual budget), political advocacy (it is a critical election year after all) and Second Amendment legislation (as it relates to concealed carry and self-defense outside the home), the NRA does fight for hunting rights.

One has to look no further than the NRA-ILA, the legal arm of the association.  There’s a whole tab dedicated to publishing information related to “hunting.”

Earlier this month, for example, Gov. Walker signed Assembly Bill 311, which “will reduce hunting fees to hunt small game, deer, and wild turkeys as well as offer prizes for experienced hunters and trappers who recruit novices to share in Wisconsin’s hunting heritage.”

To what extent the NRA played a role in the passage of this legislation is unclear.  But at the bare minimum, by publishing this story as well as other stories related to hunting the NRA is using its platform to promote the interests of hunters.  I think Ms. McCaulou underestimates the importance of this critical service.

See, not everything the NRA does makes the headlines.  And to be honest, it’s the little things, the things that often go unrecognized by the media that make the biggest difference in the end.

And as for why more gun owners don’t join the NRA, I think it has to do with the fact that gun owners are freethinkers.  In many ways, one would have an easier time herding cats than getting gun owners to fall in line behind one particular group or organization.

The NRA has its flaws, but under-serving the needs of hunters is not one of them.  Am I wrong about this?