Windham Weaponry has partnered with Cabela’s to raise money for the Paralyzed Veterans of America (PVA) for their Outdoor Recreation Heritage Fund (ORHF).  The ORHF provides for many different programs that take disabled American veterans hunting, fishing, recreational shooting and more.

Cabela’s and Windham Weaponry will be doing this by donating a portion of all sales of Windham Weaponry rifles at all 32 Cabela’s in the country. “This is about recognizing the brave men and women who have gone above and beyond for their country,” said Cabela’s Chief Executive Officer Tommy Millner. “Cabela’s is proud to be a part of this project because it’s simply for a great cause.”

Windham Weaponry is also working on a PVA-specific AR-15-patterned rifle for the promotion.  This special edition Windham AR will simply have the American flag etched onto the lower receiver.  These rifles will, however, come with a small goody bag of extras.

“Operation 100,000 Patriots” ORHF information will be included with the AR packages along with a “Support the Troops” magnetic bumper sticker and a thank you postcard. The postcards read, “Your purchase of this Windham Weaponry firearm from Cabela’s benefits our organization with a donation from Windham and Cabela’s. This donation will help America’s veterans heal, discover their abilities, gain confidence, build support networks and enjoy the outdoors. You are a true patriot! Thank you for your purchase. You helped a hero!”

The program actually launched in January, and is scheduled to run indefinitely.  This is expected to raise thousands of dollars for the PVA-ORHF, bringing them a little closer to their long-term goal of raising $10 million to create an endowment fund that will allow the program to run in perpetuity.

The PVA re-enables soldiers who lost a great deal serving in the armed forces, restoring dignity and quality of life.  From Joseph L. Fox, Sr., US Marine Corps, Retired and ORHF Chairman, “Thanks to ORHF and Paralyzed Veterans of America’s world-class sports program, these folks go from hospital beds to taking their first steps back to independence-whether it’s through trap shooting or shooting hoops.  Many of these brave men and women go on to win medals at the National Veterans Wheelchair Games and even become paralympians.”

Windham Weaponry is the company that rose from Bushmaster’s ash.  They’re new in name but old hat in the world of ARs, so if you were thinking about picking up a new modern sporting rifle you might want to check out Windham’s offerings, and if you like what you see, it’s worth driving out to a Cabela’s if you can. 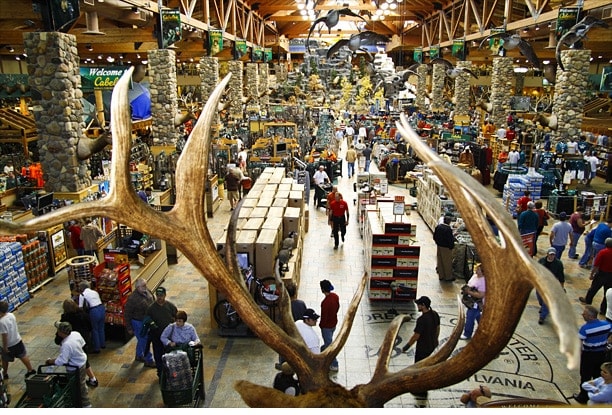