The Firearm Blog has a few photos of the new Walther PPQ variant being shown off at the Defense Services Asia Expo in Kuala Lumpur, Malaysia.

The Walther PPQ Tactical Navy, as you might expect, is modified for improved performance in and around water.  The firing pin is made of heavier, stronger material, uses an extra power striker spring and is guided so that it can strike primers with force even if the firing pin channel is completely flooded.  The firing pin also has a channel to allow water to pass through it. 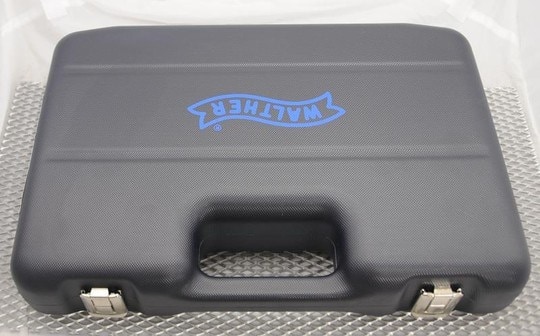 In Germany, the PPQ is a special forces sidearm so a model that can not only withstand a dunking but thrive after sloshing around a body of water isn’t just marketing.  The German police require certain standards for their duty weapons, particularly length of trigger pull and trigger weight that the PPQ quite frankly does not meet.

Not that this upsets anyone.  The PPQ has one of the finest triggers on a striker-fired handgun with an extremely small amount of takeup and the shortest reset of any striker-fired pistol, just .1 inches.  The trigger weight is a constant 5.5 pounds.  While these definite improvements make this gun popular with the rest of the world, in Germany, only special forces and GSG-types can carry the PPQ on the job. 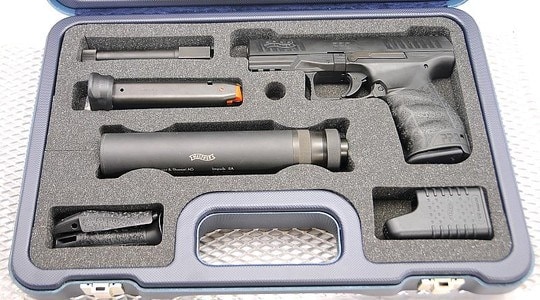 The other specifications of the PPQ remain the same.  It has an injection-molded polymer frame with an ambidextrous magazine release paddle straddling the trigger guard.  In addition the slide release is also ambidextrous making this gun 100 percent lefty friendly.  The PPQ weighs just 22 ounces unloaded and has a capacity of 17+1 in 9mm and 14+1 in .40 S&W.  It’s a hair over 7 inches long and 5 inches tall and just 1.3 inches wide, making it compact enough for concealed carry.  It has no manual or external safeties.

No price is listed but Walther is not in the habit of charging a great deal extra for variants.  The standard PPQ runs between $500 and $550.  The Tactical Navy comes with two magazines, one standard capacity and one extended magazine with a +2 floorplate. 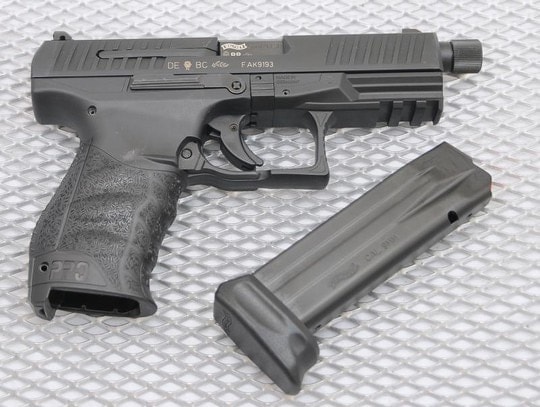 The Walther PPQ Tactical Navy actually comes in two models, one for general consumption and one for lucky bastards.  The Tactical Navy is available in an SD package which includes an extended, threaded barrel and a silencer.

The PPQ Tactical Navy isn’t the only handgun made for maritime use by special forces.  The SIG P226 Navy is well-used by the US Marines.  The P226 Navy variants have mostly differed from standard P226s with phosphate-treated internals that are far less prone to rusting.  Just recently SIG standardized these Navy modifications into a model for the general public, the SIG P226 Mk. 25.

So, if you pick up a Navy, tell us, how long before you expect to give it the dunk test yourself?