Richard Feldman used to be one of the chief lobbyists for the National Rifle Association.  But after sparring with leadership over certain issues, Feldman left the nation’s preeminent gun lobby (he later wrote a controversial tell-all book about his experiences called, “Ricochet: Confessions of a Gun Lobbyist”).

Now he sits at the head of a new, what’s been described as “unconventional,” gun rights group: Independent Firearm Owners of America (IFoA).

According to its website, the IFoA believes that “defending the constitutional and statutory right of firearms ownership will be most successful when based upon a broad understanding of attitudes different Americans hold toward the role of firearms in a free society.” 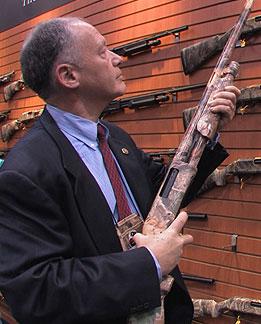 “Gun owners should understand that much of the impetus to over-regulate and ban firearms would evaporate overnight–along with much violent crime–if they would effectively join forces with the anti-prohibition activists to eliminate the lucrative black market for both drugs and guns by legalizing marijuana,” Feldman argued in a Huffington Post article.

Like almost all pro-pot groups, IFoA posits that the “War on Drugs” is a colossal failure and a huge waste of blood and treasure.  By Feldman’s estimation, we’ve squandered more than a trillion dollars in the past four decades on the “unwinnable war.”

Moreover, Feldman argued that the “counter-productive war on drugs” has turned our justice system into a moneymaking enterprise for a chosen few that comes at the taxpayer’s expense.

“The more arrests police make, the more prosecutions are pursued, the more convictions (or pleas) made require more jails, more resources and feed the powerful police/prison industrial complex demanding more and more of our money to maintain this profitable enterprise for their benefit — not ours!”

To further illustrate this point, Feldman mentioned the story of Wendell Allen, a 20-year-old New Orleans resident who was shot and killed by police officers when they invaded his home last month.  The officers were executing a search warrant for marijuana.  Wendell was unarmed. 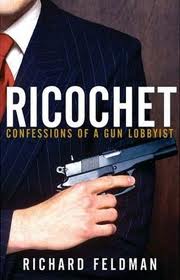 “Wendell was a former high school football hero and oh, BTW he’s black. Unlike Trayvon Martin he wasn’t killed by some over the top community watch activist, no he died because our elected policy makers continue to spend our precious tax dollars arresting, booking, prosecuting, jailing, sentencing, incarcerating and paroling dangerous criminals like Wendell Allen. Oh wait, he’s dead, Bill Bennett the former drug czar was right after all—marijuana can be deadly—especially when you are targeted by the police for possession,” Feldman wrote in an article for the Daily Kos.

In the end, the IFoA would have gun owners and marijuana-legalization advocacy groups join forces to support libertarian ideals and help put end the “War on Drugs.”

“Inevitably, just as drug and gun crime are intertwined, so are the government’s efforts to repress both. Guns are here to stay and so are drugs.  Let’s learn to live more safely with both rather than challenge their existence in unproductive political screaming matches that serve the interests of the naysayers, the doomsayers but not you and not me.”

What are your thoughts?  Do you buy the argument that legalizing pot would help curtail drug-related violence, consequently improving the public’s perception of firearms (it should be noted that overall the public has a relatively positive view of guns and gun ownership, see Gallup Poll)?

I think it’s an interesting theory, one that might be worthy of a real-life experiment.