The Case of Marissa Alexander: A Double Standard for Florida ‘Stand Your Ground’ Law?

Since the shooting of young Trayvon Martin, the media has been obsessed with Florida’s controversial ‘Stand Your Ground’ law; the self-defense law that allows one to use deadly force if he/she reasonably believes his/her life is in danger.

The latest outcry concerning ‘Stand Your Ground’ (SYG) involves Marissa Alexander, a 31-year old mother of three who unsuccessfully invoked SYG at her trail in which she was eventually convicted of aggravated assault with a deadly weapon with no intent to harm.

Some critics have argued that because Alexander is black, SYG was not fairly applied to her case.   She now faces a mandatory minimum sentence of 20 years in prison.

On August 1, 2010, Alexander’s husband, Rico Gray, found text messages on her phone that were sent to her ex-husband.

Thinking that Alexander was being unfaithful, Gray became irate.  “That’s when he strangled me. He put his hands around my neck,” Alexander told CNN in an interview from Duval County Jail in Jacksonville, Florida.

Here’s what happened next, according to Alexander:

After a minute or two of trying to escape, I was able to make it to the garage where my truck was parked, but in my haste to leave I realized my keys were missing. I tried to open the garage but there was a mechanical failure. I was unable to leave, trapped in the dark with no way out. For protection against further assault I retrieved my weapon; which is registered and I have a concealed weapon permit.

Trapped, no phone, I entered back into my home to either leave through another exit or obtain my cell phone. He and my two stepsons were supposed to be exiting the house thru the front door, but he didn’t leave. Instead he came into the kitchen that leads to the garage and realized I was unable to leave. Instead of leaving thru the front door where his vehicle was parked outside of the garage, he came into the kitchen by himself.

I was terrified from the first encounter and feared he came to do as he had threatened.  The weapon was in my right hand down by my side and he yelled, “Bitch, I will kill you!” and charged toward me. In fear and desperate attempt, I lifted my weapon up, turned away and discharged a single shot in the wall up in the ceiling. As I stood my ground it prevented him from doing what he threatened and he ran out of the home. Outside of the home, he contacted the police and falsely reported that I shot at him and his sons. The police arrived and I was taken into custody.

Gray is no saint.  During the proceedings, he admitted to having a history of using physical force.

According to Alexander, he beat her so severely one time, she ended up in a hospital and he ended up in jail. “He pushed me, choked me, pushed me so hard into the closet that I hit my head against the wall and passed out for a second,” Alexander told CNN.

In his deposition, Gray corroborated much of Alexander’s story. “I told her if she ever cheated on me, I would kill her,” he said during the proceeding led by a prosecutor for State Attorney Angela Corey’s office and his wife’s defense attorney.

“If my kids weren’t there, I knew I probably would have tried to take the gun from her,” Gray said, adding, “If my kids wouldn’t have been there, I probably would have put my hand on her.” When Alexander’s defense attorney asked him what he meant by “put my hand on her,” Gray replied, “probably hit her. I got five baby mammas and I put my hands on every last one of them except for one.”

The “Stand your ground” law reads, “A person who is not engaged in an unlawful activity and who is attacked in any other place where he or she has a right to be has no duty to retreat and has the right to stand his or her ground and meet force with force.”

Seemingly, this would describe Alexander’s situation.  As such, Alexander’s attorney filed a motion for dismissal under SYG. 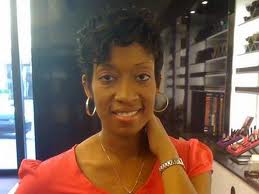 At the hearing, however, Gray changed his story saying he lied during his deposition because he wanted to protect his wife.  He denied threatening to kill his wife.

“I begged and pleaded for my life when she had the gun,” he said.

The presiding judge shot down the SYG motion for dismissal, writing that there was “insufficient evidence she reasonably believed that deadly force was needed,” and that Alexander’s behavior was “inconsistent with a person who is in genuine fear for his or her life.”

Alexander was offered a plea deal by prosecutors, but opted to go to trial.  After hearing the facts of the case, a jury took 12 minutes to render a guilty verdict.

Alexander was shocked by the outcome. “Other defendants have used it. What’s so different about my situation that it doesn’t apply to me?” she asked CNN.

Touré of Time Magazine, one of the staunchest opponents of SYG, conceded this about Alexander and Gray: “Their story isn’t simple and clean.”

He then goes on to note Alexander’s actions following her arrest:

After Marissa [Alexander] posted bond and agreed to have no contact with Gray [following the shooting incident], she was released from prison and, according to court documents, drove to Gray’s new home where she physically attacked him.

She was arrested on new charges and her bond was revoked. Lincoln [Alexander’s ex-husband] says Marissa went to Gray’s home to get his signature on health-insurance paperwork, without which they would lose coverage, and while at the home, she was assaulted (although these claims were unproved in court).

In other words, what we have here is a classic case of ‘he said, she said’ where both individuals have – in the past  – acted as instigators of physical violence.

The question then becomes, given the available evidence and looking at agreed upon facts, whose story is more credible?

The NAACP is crying foul, arguing that race played a role in the decision.

“There’s a double standard with stand your ground,” Isaiah Rumlin, president of the Jacksonville Chapter of the NAACP, told CNN. “The law is applied differently between African-Americans and whites who are involved in these types of cases,” he added.

And Touré had this to say, “In Florida, the mandatory minimum for firing a gun while committing a crime is 20 years. It seems Alexander has been abandoned by battered-spouse laws, mandatory minimums and “Stand your ground”, which is turning our country into a confusing maze of shooters, some protected, some not.

He continued, “SYG laws are haphazardly applied, shielding some and abandoning others, inconsistent about whether or not people have a duty to retreat when they fear for their life. This is unconscionable. When laws are not uniformly applied, civilization is on the verge of breaking down.”

Did race really play a role in the jury’s decision?  Do you believe that there is a double standard?

Currently, Alexander is awaiting sentencing.  As mentioned, she is staring down the barrel of a 20-year-sentence with no possibility of parole.

Regardless, of one’s opinion on her guilt or innocence relative to SYG, one can argue that 20-years for shooting – what appeared to be a warning shot – into the wall is a bit extreme, especially given the circumstances and her husband’s penchant for violence.

Kevin M. Cobbin, Alexander’s attorney, is fighting for a retrial.  The hearing is scheduled for this week.  Stay tuned for updates.