US Army Buys $266 Million in Ammo from ATK, Department of Homeland Security, Immigration Buy, Too

The US Army has just purchased $266 million dollars’ worth of ammo from Alliant Techsystems (ATK), from 5.56 NATO on up, as part of the Infinite Delivery, Infinite Quantity order for small caliber ammunition contract they have ongoing. 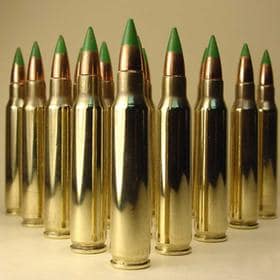 The order calls for a quarter of a billion dollar’s in 5.56 NATO, 7.62 NATO and .50 BMG ammunition for our troops.  “ATK is honored to be the Army’s industrial partner at the Lake City Army Ammunition Plant, collaborating in the operation and maintenance of the nation’s largest ammunition production facility,” said ATK Small Caliber Systems Vice President and General Manager Kent Holiday.

“Since 2000, we have delivered more than 11 billion rounds of ammunition in support of our nation’s warfighters while modernizing the facility, increasing capacity, improving productivity and efficiency, and doing so in a safe and responsible manner.”

ATK has recently undergone a total refit to modernize their production facilities at their Lake City facility in Independence, MO.  The also quarter-billion-plus processes was to facilitate manufacture of the M855 Enhanced Precision Round now in use by most of the US military.

It’s not just the military that’s putting in orders for cartridges from ATK; both the Department of Homeland Security as well as the Immigrations and Customs Enforcement agency are requesting more ammo from the Puerto Rican producer. “ATK announced that it is being awarded an Indefinite Delivery/Indefinite Quantity (IDIQ) agreement from the Department of Homeland Security, U.S. Immigration and Customs Enforcement (DHS, ICE) for .40 caliber ammunition. This contract features a base of 12 months, includes four option years, and will have a maximum volume of 450 million rounds.”

This may mean ammunition shortages along with the associated price hikes for some of the most common types of ammunition in service.  The M855 as well as the HST .40 bullet has proven themselves in the field as effective ammunition.  Both of these larger purchases, however, may lead to domestic runs on ammunition. 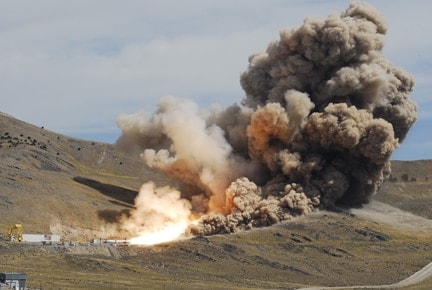 ATK is a major manufacturer of US ammunition as well as aerospace components.

With all of this pressure on ammo sales, are you stocking up, or seeking out cordite alternatives?  Are you looking at handloading, or say, CO2 and pellet guns to unleash your shooting prowess?

What do you do when ammo prices go up?