The Bureau of Alcohol, Tobacco, Firearms and Explosives fields a lot of questions on a daily basis.

So, in an effort to provide gun owners with the most up-to-date information, the ATF has compiled the list of the top 10 most frequently asked questions.

Here is a link to the full Q&A.  For the sake of convenience, I’ve reproduced the questions with abbreviated answers.  I’ve also included a list of my Top 5 questions for the ATF.

1. Can a person prohibited by law from possessing a firearm acquire and use a black powder muzzle-loading firearm?

However, there is a list of firearms that do not qualify as “antique.”  According to the ATF, “the list is not complete and frequently changes.”

Moreover, the ATF states that there may be state laws that also come into play here.  So, “Any person considering acquiring a black powder weapon should contact his or her State Attorney General’s Office to inquire about the laws and possible State or local restrictions. A list of State Attorney General contact numbers may be found at www.naag.org.”

2. May I lawfully transfer a firearm to a friend who resides in a different State?

In general you have to go through a FFL, and fill out an ATF form 4473.

There are two exceptions, one for temporary loans or rentals, i.e. “a friend visiting you may borrow a firearm from you to go hunting” and the transfer of a firearm to a “nonresident who inherits a firearm under the will of a decedent.”

3. May I lawfully transfer a firearm to a resident of the same State in which I reside?

Yes, provided that you do not know or have reasonable cause to believe the person is prohibited from possessing firearms under federal law.

However, state laws may come into play, so you should contact your State Attorney General (as in Q1).

4. How do I register my firearm or remove my name from a firearms registration?

Only firearms mentioned in the National Firearms Act (NFA) handbook – e.g., machineguns, short-barrel firearms, silencers, destructive devices, any other weapons – must be registered with ATF.

State laws may come into play, so you should contact your State Attorney General (as in Q1).

5. Does ATF issue a Concealed Carry Permit (CCP) that authorizes a person to carry a firearm throughout the United States?

6. May I lawfully ship a firearm to myself in a different State?

Yes.  The package “should be addressed to the owner “in the care of” the out-of-State resident. Upon reaching its destination, persons other than the owner must not open the package or take possession of the firearm.”

7. May I lawfully ship a firearm directly to an out-of-State licensee, or must I have a licensee in my State ship it to him? May the licensee return the firearm to me, even if the shipment is across State lines?

You can ship directly to any FFL in any state.  They can also ship it directly back to you.  However, “handguns are not mailable through the United StatesPostal Service and must be shipped via common or contract carrier.(18 U.S.C. §§ 1715).” 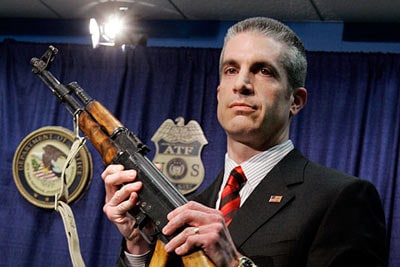 8. I have been convicted of a felony. How do I reinstate my rights to possess a firearm?

This one’s pretty detailed and it comes up a lot in conversation, so I’ve reproduced much of the answer below:

Felons whose convictions have been set-aside or expunged, or for which the person has been pardoned or has had civil rights restored are not considered convicted under section 922(g)(1), unless that person was expressly prohibited by the law of the jurisdiction in which the proceedings were held from possessing firearms.

Additionally, you should contact your State Attorney General’s Office (in the state you reside and in the state in which you were convicted).

If you were convicted of a federal crime, you’ll need to apply for a presidential pardon by contacting the Office of the Pardon Attorney online .

9. May I lawfully make a firearm for my own personal use, provided it is not being made for resale?

Yes, as long as you can lawfully possess a firearm and, as mentioned, don’t plan to sell or distribute it.

Two exceptions, “a person is prohibited from assembling a non sporting semiautomatic rifle or shotgun from 10 or more imported parts, as set forth in regulations in 27C.F.R. 478.39.” and guns that fall under the NFA require a tax payment and advance approval by the ATF.”

10. I was the subject of a NICS check when I attempted to purchase a firearm from an FFL, and I received a delayed response or a denial. Please tell me why I did not receive a “proceed” response?

Again, these are abbreviated answers.  See the full Q&A here.

My Top 5 Questions for the ATF are as follows:

In total, how many guns has the ATF let “walk” across the border into Mexico as a result of sting operations like Fast and Furious and Wide Receiver? 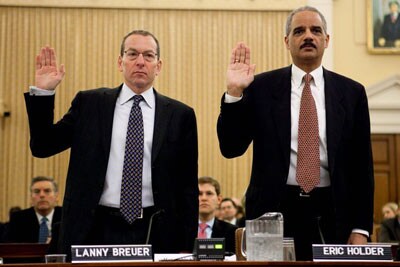 When did the ATF inform Attorney General Eric Holder about Operation Fast and Furious?

Why hasn’t anyone been held accountable for Fast and Furious (there’s been reassignments, but no one’s lost his/her job)?

Emails prove that ATF agents used the consequences of Fast and Furious as a means to pass tighter restrictions on FFLs (Demand Letter 3), is this not corruption of the highest order?

What does the ATF say to the family of slain Border Patrol Agent Brian Terry?