At this year’s NRA Show Colt announced that they were ready to enter the fast-growing high-end marksman rifle arena with their M2012 CLR.  Details were a little vague at the time but we know now that Colt is swinging for the fences with their custom-grade rifle for off-the-shelf buyers.

The M2012 follows in the footsteps of the FN Ballista, Remington XM2010, and CZ 550 Counter-Sniper.  Intended for sport shooting, competition, and even hunting, these rifles have many military features and a very regimental quality.  Colt’s is no different, but it is, in a word, extreme. 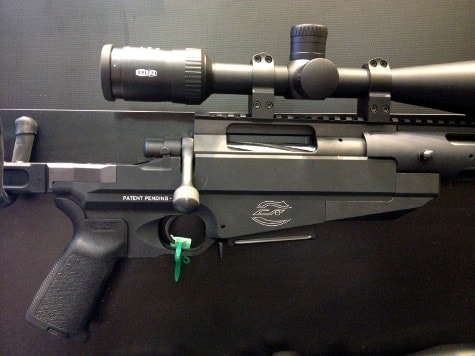 Starting with a Colt chassis, the M2012 is an assemblage of many non-Colt parts and accessories, notably a Cooper Firearms receiver, (Model 54 action) SureFire muzzle break, fluted 1:10 twist barrel, match trigger, Magpul grip and adjustable buttstock.  The bolt has three large locking lugs and a Sako-style extractor.  The single-stack magazines are made by Accuracy International. 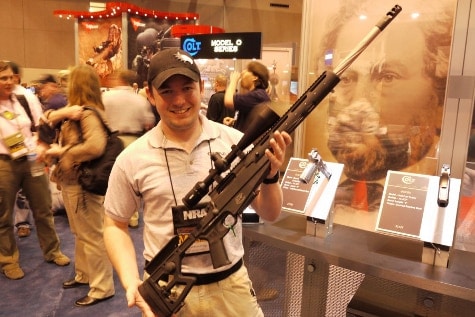 Colt is still ironing out some details, such as what type of bolt fluting to go with, but two things are written in stone: the M2012 weighs 13.2 pounds, which will certainly soak up recoil, and costs $3,800, which will certainly soak up money.  Of course, that is the MSRP but we don’t think anyone will come home with one of these for under three grand.  We still don’t know if that includes the Meopta scope, which would be at least an $800 value. 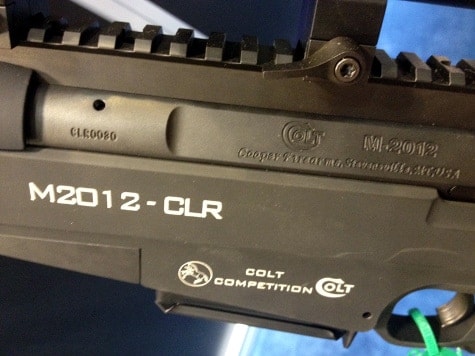 Nonetheless, that money isn’t going to waste.  Colt is guaranteeing 2-inch groups at 300 yards, or 1/3 MOA from the factory.  And that’s nothing to scoff at.  Short-term plans include .223 and .22-250 Remington variants.  These rifles are being manufactured by Cooper of Montana and being licensed by Colt. 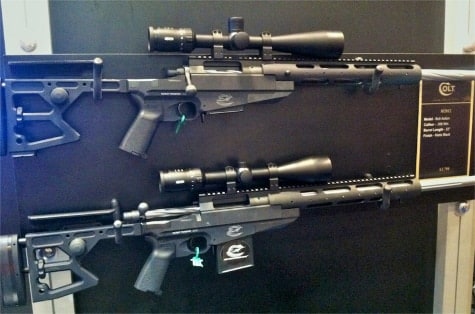