Four-Year-Old Suspected of Terrorism by TSA

A four-year-old girl was suspected by the Transportation Security Administration of being a gun-toting terrorist. What suspicious behavior was the little girl exhibiting, exactly? She gave her grandmother a hug.

The young girl’s grandmother was going through security and set off one of the sensors. She was removed from the line for a quick pat down, but when the officials moved her away the little girl spotted her grandmother and ran over to her to give her a hug. The contact was only for a few brief seconds, but TSA officials suspected that that the older woman passed off a handgun to the young girl. 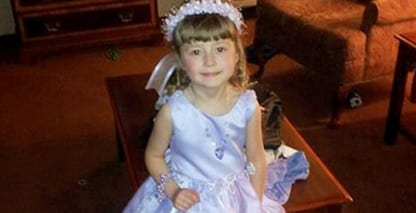 Even though TSA officials claim that they were following proper protocol, the mother argues that the agents “made no attempts to explain [what was going on] to her. When they spoke to her, it was devoid of any sort of compassion, kindness, or respect. They told her she had to come to them, alone, and spread her arms and legs.”

The little girl acted as any terrorist might: she ran (or wait — was that just her acting like a scared little girl?).  TSA’s response? “The suspect is not cooperating.” They called in backup and threatened to shut down the entire Wichita airport until they cleared this high security threat.

Finally, a supervisor was called in, who allowed the child to be examined with her mother present. They didn’t find any dirty bombs tucked away on the four-year-old’s person, and the family was able to catch its flight. The mother reported that her daughter experienced nightmares about the ordeal. Glad to see that TSA is willing to traumatize children over gun scares.