Glow Ammo is a new company that makes cold tracers.  Cold tracers are small disks that can be pressed against the base of a bullet and after being shot, emit light.  The cold tracers don’t use phosphorus or other incendiary substances to emit light, they use a triboluminescent light source. 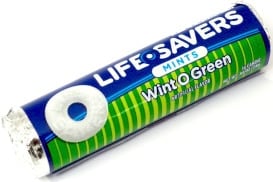 Anyway, it’s caused by electrons shearing or something.  Again, it’s not well understood, but Glow Ammo certainly knows how to take advantage of it.  They make ammunition and glow disks for reloaders that take ordinary bullets and make them traceable.  The explosion that propels the bullet also damages the disk, causing it to light up as it flies downrange.

The important thing is that because it isn’t incendiary it can be fired safely wherever any bullets are fired, including indoor ranges.  The bullet isn’t on fire, it’s a mechancal/chemical/electrical light source.  And it works with any type of gun.

One interesting point of note is that these tracers can only be seen from behind the bullet, as the light from the tracer disk is blocked by the bullet for anyone downrange.  This clearly has a tactical advantage for both law enforcement as well as possibly the military.

There is one other function of Glow Ammo, and that’s practice.  Shooting at long ranges or at indoor ranges often means not being able to clearly see how your shots placed until after you retrieve your targets.  Glow Ammo doesn’t have that problem.  You will know immediately where each bullet landed.

Glow Ammo is a tiny little thing but we wouldn’t be surprised if it becomes a standard down the road.  They have real potential to change shooting.  With triboluminescence.