Mitt Romney, the renowned hunter of  “small varmints” and the presumptive Republican presidential nominee is attempting to make a deal with the devil – at least according to some gun owners.

On Tuesday, Romney met “in secrecy” with New York City Mayor Michael Bloomberg at the mayor’s philanthropic foundation in Manhattan.

According to aides that were briefed on the 30-minute rendezvous, Romney opened the chat with “Tell me what’s on your mind.” 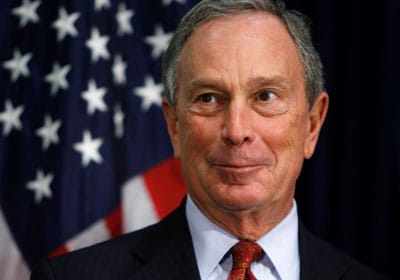 Bloomberg and Romney then discussed immigration, gun control and education policy over some coffee and juice, the Herald-Tribune reported.

Following the meeting, Mayor Bloomberg was asked about whom he planned on endorsing in the 2012 election.

“I’ll see down the road,” the mayor said, adding that “They’re very different, and they give the public a real choice.  It’s hard to argue that you can’t tell the difference, if you will. They run the spectrum on lots of different issues.”

Given Romney’s dubious stance on the 2nd Amendment, one wonders why he would cozy up to or seek an endorsement from the leader of the most aggressive pro-gun control organization in the country.

Bloomberg is the founder of Mayors Against Illegal Guns, a coalition of mayors and gun control supporters dedicated to promoting tougher federal, state, and local gun regulation.

MAIG is not shy about its agenda.  In article published in Capital New York, Bloomberg’s chief policy adviser and one of the purveyors of the coalition, John Feinblatt bragged about the coalition’s lobbying power, stating that MAIG is responsible for killing two senate bills that would establish national concealed carry reciprocity.

Moreover, Feinblatt detailed the coalition’s aspirations of taking on the National Rifle Association. 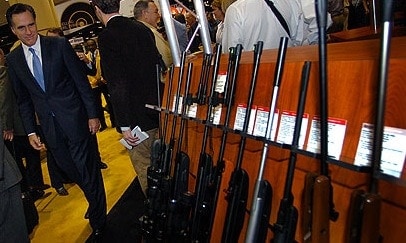 “So, they actually, they had not met their match before us,” said Feinblatt, of the NRA. “And I’m not saying we don’t have a ways to go. We do.”

Romney is a lifetime NRA member (although, before becoming a member, in 1994, while he was running for Senate he did say “I don’t line up with the NRA”).

At the 2012 NRA convention in St. Louis, Romney told the thousands of gun owners in attendance, “We need a president who will enforce current laws, not create new ones that only serve to burden lawful gun owners. President Obama has not. I will.”

How is one supposed to take Romney’s statement seriously when he is now seeking an endorsement from the man who runs a coalition that is dedicated  – literally – to “promoting tougher federal, state, and local gun regulation?”

To some extent, I get it.  Bloomberg’s a business mogul with billions of dollars and Wall Street hook-ups.  To have his endorsement in what is estimated to be one of the tightest elections in history could tip the scales in Romney’s favor.

But, like with everything else in life, there’s an opportunity cost to courting Bloomberg.  No doubt that Romney, the cold-calculating business man that he is, has thought about this.  And it appears he’s made his choice: money over morals.