A former editor of Guns & Ammo magazine was arrested and charged with second-degree murder in the shooting death of his friend in Golden Valley, Arizona on Wednesday.

Mohave County sheriff’s deputies arrived at the residence of Richard Erick Venola, 53, shortly before 4 p.m. in response to reports of gunfire.

There, at the scene, deputies found the body of 39-year-old James Patrick O’Neill, who had been shot in the chest with a “high-caliber” rifle, according to Agency spokeswoman Trish Carter who discussed the incident with the Las Vegas Review-Journal.

Carter added that three firearms were removed from the home.

In his report, Detective Larry Matthews wrote that Venola seemed to be intoxicated by the time he talked to officers. Neighbors told deputies that the suspect was having “heavy words” with O’Neill before the meeting turned deadly. 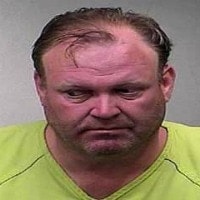 “Mr. Venola came over to the neighbors carrying a rifle and stated he just killed a man,” according to the report. “Mr. Venola acknowledged he killed the man, but didn’t say why.”

According to the Guns & Ammo website, Venola was a former Marine who served from 1978-1996.  He became the 12th editor of the popular firearms magazine in 2007.  Prior to his work at Guns & Ammo, he was the associate editor of RifleShooter magazine.

Guns & Ammo spokeswoman Amy Sorrells told the Journal-Review that the former editor continued contribute as a writer. The magazine has also stated that his 2010 departure as editor was “amicable.”

He was succeeded by Guns & Ammo’s current and 13th editor, Jim Bequette.

Venola was booked at Mohave County Jail. Justice of the Peace Rick Lambert appointed legal counsel and set bond at $100,000.  A preliminary hearing was scheduled for May 11.