Law Tactical has developed an adapter that allows ARs to fold their buttstocks.  This adapter modifies the buffer tube so that the entire buffer assembly and stock can flip to the right side of any AR rifle.  If you’re familiar with how AR-pattern rifles operate, this should sound some alarms.

When an AR rifle is fired, the bolt unlocks and the bolt assembly, called the bolt carrier group (BCG) travels straight backwards into the buffer tube where it is caught by the buffer and recoil spring which reverse its course and return the BCG to battery along with a fresh new cartridge ready to go. 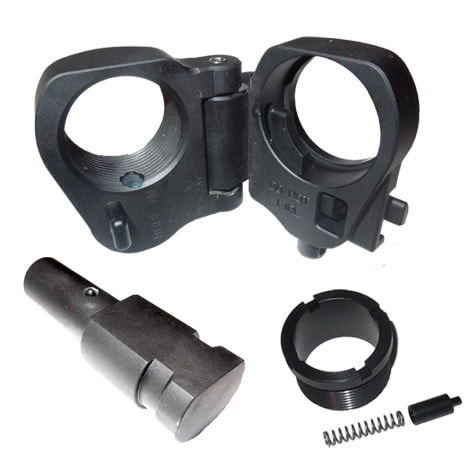 If you fire an AR without a buffer tube assembly, the BCG will travel out with almost as much force as the bullet leaving the barrel, straight into whatever, or whoever is behind the rifle.  Law tactical has addressed this issue with a special locking bolt extension.  The bolt extension also adds length to the bolt to make up for the length the side-folding adapter adds to the buffer tube. 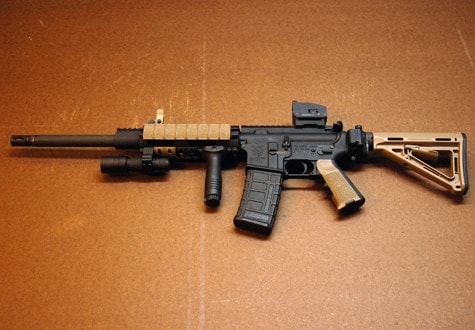 When you flip the buffer assembly aside it releases a locking bar that guillotines into the bolt extension (top).  Although stamped with the message in capital letters “do not fire” Law Tactical is aware of the possibility or inevitability of someone firing a rifle with the buffer assembly, in essence, removed.  In this case the locking bar will simply hold the bolt closed. 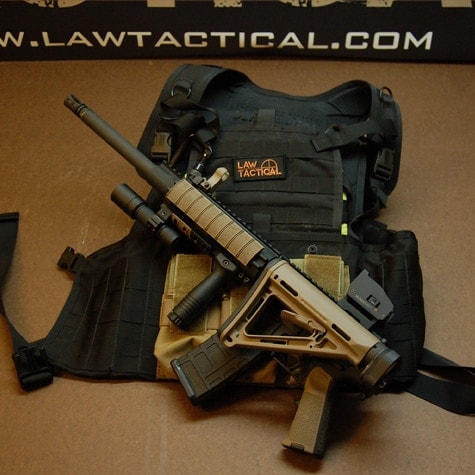 This does mean that the Law Tactical folding stock adapter prevents the rifle from being used at all with the stock folded, which some argue is the main reason for folding stocks existence.  But we can also see it coming in handy for transportation of AR-pattern rifles where disassembly just isn’t an option.  Some people jump out of planes with these things.

The design isn’t ideal but it isn’t entirely flawed, and it doesn’t look like it compromises the rifle’s internals by leaving big gaps for debris to infiltrate the rifle’s internals.  For $180 it could really make someone’s day.  Although we suspect most people will buy one just to blow their friends’ minds.  About the only thing to really concern yourself with has got to be the added weight of the bolt extension, which, depending on the gun, could actually be a benefit. 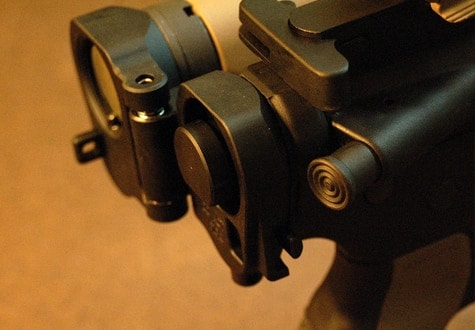 “The first and only folding stock adaptor compatible with all AR platform rifles. The Law Tactical Folding Stock Adaptor works with direct impingement or piston gas systems and fits any A2, carbine, mil spec or commercial buffer tube and stock. It can be used with all standard bolt carrier groups including: full auto, semi auto, .308 and 9mm.

“Designed, built and assembled in the USA from CNC machined, hard-anodized aluminum.”  You can pick one up or just see more right here.