Cavalry Arms has risen from the dead and CAV-15 Mk. II lowers are back in production.  Now owned and operated by GWACS Armory, CAV-15 lowers will be produced on the same tools with the same materials Cavalry fans have come to know and trust.

If you are unfamiliar with Cavalry Arms or their unfortunate end, they were in the lower receiver business.  Cavalry Arms did things differently.  They manufactered AR-15 lowers out of nylon.  Not machined, but case, in two halves welded together along the center of the receiver using high-frequency sonic pulses. 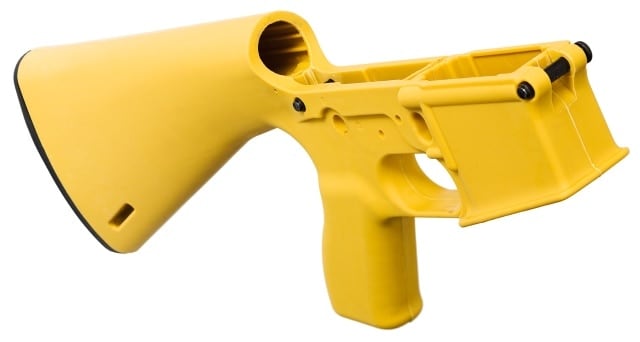 The resulting product was a lower unlike any other.  With an integrated A1 style buttstock with a 13″ length of pull, the whole thing weighs a pound less than a traditional aluminum receiver, and the nylon proved to be able to take as much, if not more punishment than aluminum parts, particularly because of the monolithic-style construction.  These are not for .22 Long Rifle guns.  These are very much for centerfire rifle builds.

Cavalry Army failed not because of their product.  The CAV-15 lowers were quite popular and now sell for many times used what they cost originally new.  They gave away a lower as a prize, however, their I’s were not dotted and the ATF shut down Cavalry Arms.  Eventually their entire production line and intellectual property went for sale, and GWACS Armory picked up the whole operation.

The GWACS CAV-15s will be made to the same specifications and come in a wide variety of colors; they will not be limited to the three colors of the tactical rainbow.  These lowers will also include quick takedown pins with built-in detents to make assembly much easier.  Because the stock is integrated with the lower, installing the takedown pins was always a bit tricky. 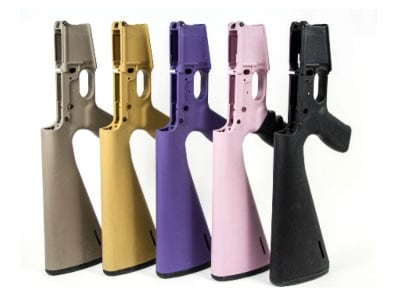 GWACS Armory will be introducing the lowers at $200, or complete with a mil-spec trigger group for $300.  This is a bit more than what Cavalry Arms was selling the CAV-15 for but frankly, we’re happy just to see these interesting and very different lowers back in production at all.  In the long run they plan to offer complete rifles.  GWACS is doing something really special and very different.  If you’re building a lightweight AR then you absolutely have to consider using a CAV-15 lower.

GWACS is doing something really special and very different.  If you’re building a lightweight AR then you absolutely have to consider using a CAV-15 lower.   The store is still in very infant stages and doesn’t include any information about matching-colored handguards but all that is just a matter of time.  In the meanwhile, just knowing the CAV-15 is back in production makes us happy.